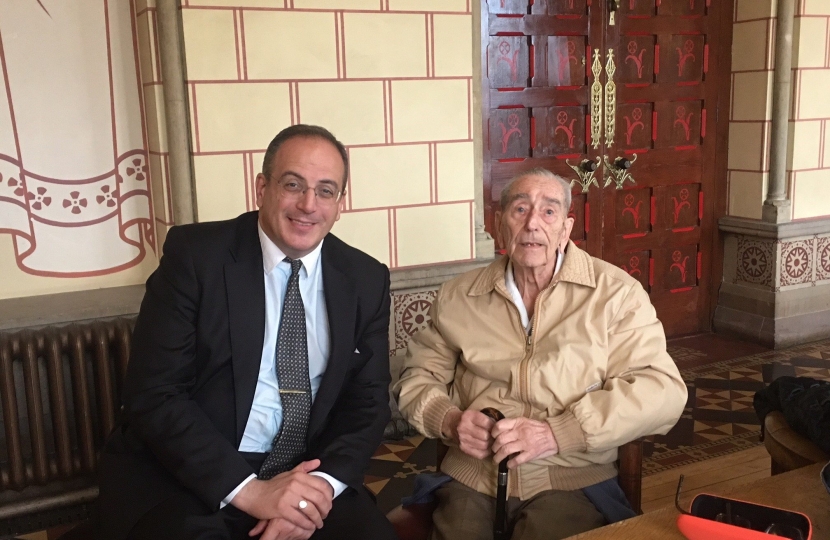 On Tuesday, 6th June 1944 over 100,000 Allied personnel (British, American, Canadian and French soldiers and many more) landed on the beaches of Normandy in what was a significant step in liberating Western Europe from Nazi occupation.

The operation was the largest ever seaborne invasion and was a turning point in the war against the Axis powers. Since the end of WW2 this peace has remained and we all owe a debt of gratitude to those service men and women who paid the ultimate sacrifice on the beaches of Normandy. Seventy five years later world leaders, including Her Majesty the Queen, Prime Minister Theresa May, US President Donald Trump, French President Emmanuel Macron and German Chancellor Angela Merkel as well as others met in Portsmouth – from where many Allied troops set sail for Normandy - to pay their respects. The Prime Minister and the French President also unveiled a new memorial in France to the 22,442 brave servicemen who died during the battles in Normandy in 1944.

75 Years on from this historic event there are few people still alive who experienced D-Day; however I am proud to know one, who is a resident here in Northampton: Mr George Verden.

Mr Verden, who is aged 96, flew for the Royal Air Force during WW2 and participated in crucial bombing operations during D-Day itself.

In 2017 I was able to help him obtain the war medals he earned in the War but never received (you can read more about this here: https://www.michaelellis.co.uk/news/michael-arranges-war-medal-decoration-wwii-veteran).

On Friday, 7th June I once again met Mr Verden at one of my regular surgeries in Northampton and we discussed a range of matters from his experience in the war to his views on current politics. We should never forget the sacrifices made by previous generations which fought for the freedoms that we so often take for granted today.