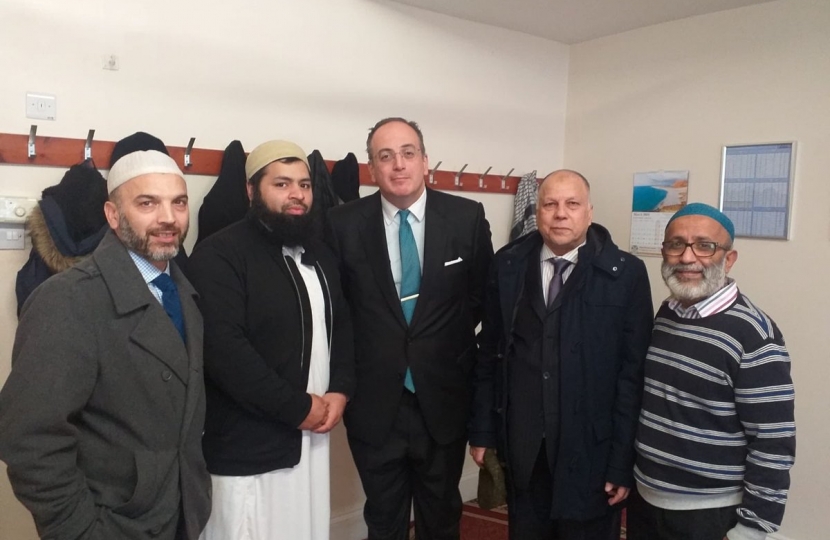 On Friday, 15th March there was an appalling and murderous gun attack on a Mosque in Christchurch, New Zealand in which fifty people were killed. This attack on innocent worshipers at prayer has caused understandable shock, upset and concern in the UK and around the world.

Following this, mosques in the UK, such as two in Birmingham, have been attacked and their windows smashed.

On Friday, 22nd March I visited a Mosque in the Abington area of Northampton North to meet and talk to some of those in our local Muslim community. I have visited many of the mosques in Northampton previously and I again met the local Imam of this mosque and heard his powerful and eloquent sermon.

Having spoken to the Imam and those in attendance it is clear there is obvious concern about the danger of further attacks and I offered my support if it is felt that I can help in any way with local issues or security concerns.

All forms of racism and hatred based on religion and race are abhorrent and every effort must be made to deal robustly with those who seek to harm others and spread division and hatred.