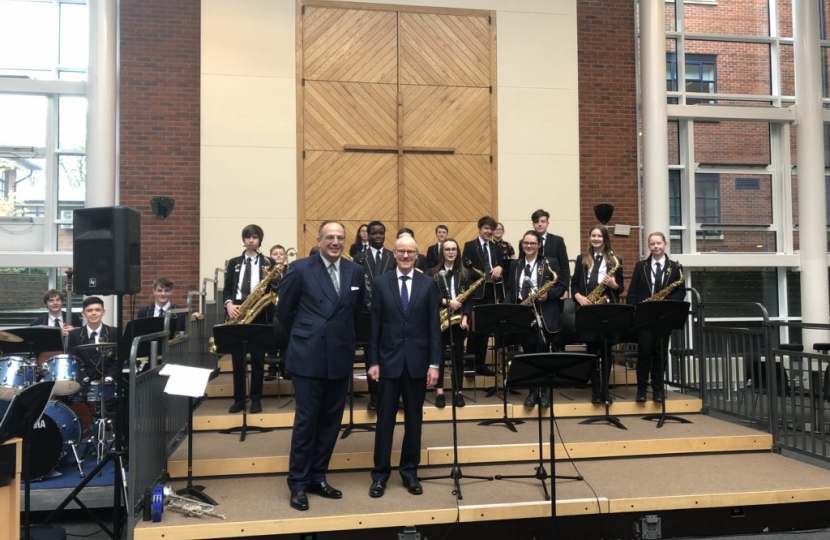 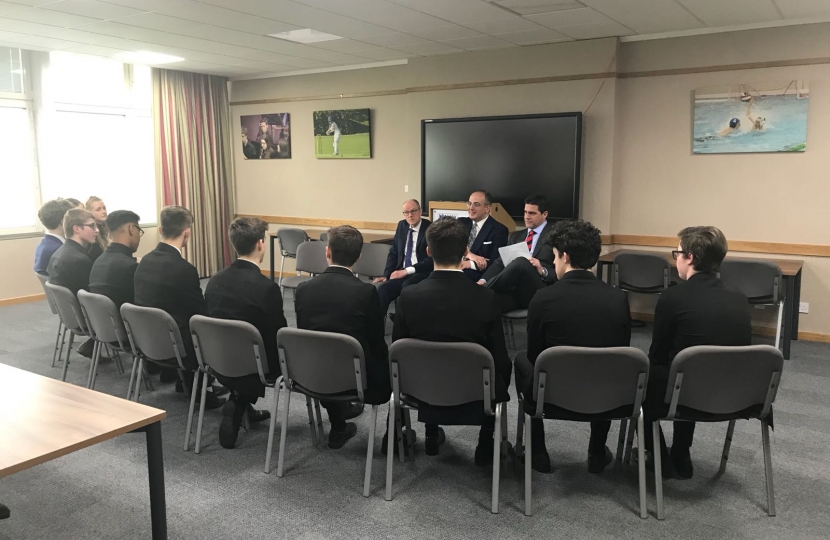 On Friday, 27th April 2018 the Minister of State for School Standards, Nick Gibb MP visited two schools in Northampton at my invitation- Malcolm Arnold Academy on Trinity Avenue, and Northampton School for Boys on Billing Road.

in teaching of the Arts, such as music and drama.

Many expensive fee-paying schools have a strong focus on Arts subjects, but this is not always reflected in state-maintained schools.

However I know from many visits to Northampton schools over the years that these are two schools (of many) which really appreciate the importance of Arts subjects in strengthening skills, increasing self-confidence, personal resilience and producing well-rounded students who love being part of school life. This is something which I have been working to promote since becoming Minister for Arts in January, and where better to encourage those examples than in my own home town!

Malcolm Arnold Academy has a very impressive music department. The pupils at the school put on some brilliant performances for the Minister which included a brass band and a school choir. Nick and I were extremely impressed by the level of musical talent demonstrated by the students.

I have seen a few performances at NSB and the quality has always been exemplary, frankly professional. Indeed, I recently supported NSB pupils who performed in London at the biggest annual dance event. We also managed to have a sit down with some of the pupils at NSB for a Q&A with the Schools Minister.

At the end of his visit the Schools Minister said that NSB had one of the best Arts provisions of any comprehensive school he has seen, and as Schools Minister he has visited a very large number across the country!

I am proud that young people in Northampton have access to some high-quality schools and some exemplary arts teaching. The Minister’s visit to Northampton was a complete success as we were able to showcase to him some of the best schools in the region and demonstrate to him just how important arts and culture teaching is in schools – indeed, the Department for Education had recently decided to invest £96 million into arts teaching. Both Malcolm Arnold Academy and Northampton School for Boys are great examples: if you invest in arts teaching you see the benefits in the whole school’s academic performances as the confidence of the pupils are increased.