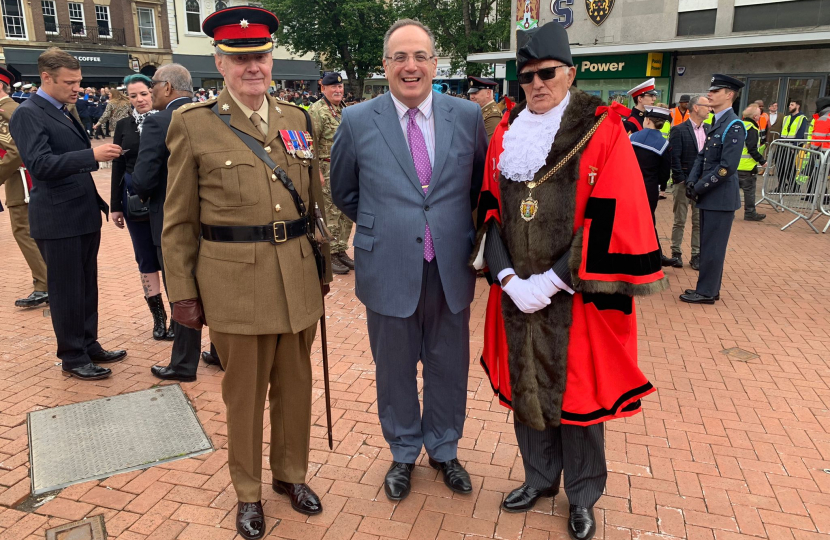 Her Majesty The Queen has been our reigning monarch now for over 70 years. This is the longest reign in a thousand years of British history.

Fourteen Prime Ministers have served under her, starting with Sir Winston Churchill. Through this country’s darkest hours and brightest moments, she has served our country as an exemplar of service to others, leading a life of duty and dedication.

On Saturday 4th June, during the Platinum Jubilee weekend, I gathered with thousands of people in Northampton town centre to witness a march past of 1,200 military cadets and community groups in the largest parade ever held in Northampton.

Also in Northampton that weekend there were many street parties organised by people making good use of the bank holiday. We were joined by councillors, people of every age and of every background to witness this display of celebration for Her Majesty’s service.

Beacons were also lit across Northamptonshire to commemorate the Platinum Jubilee, which were lit simultaneously with 2,000 beacons worldwide. I attended the beacon lighting at the Houses of Parliament on the Thursday evening, and was honoured also to be invited to attend the Service of Thanksgiving at St Paul’s Cathedral on the Friday. On the Sunday evening I attended the festal choral evensong held at All Saints Church, Northampton. The celebrations of our longest reigning monarch were a joy to behold and I do hope that everyone enjoyed their Platinum Jubilee weekend!

I recently had the pleasure of attending an event in Parliament hosted by Marks & Spencer and The Prince’s Trust charity on promoting the provision of apprenticeships to young people.