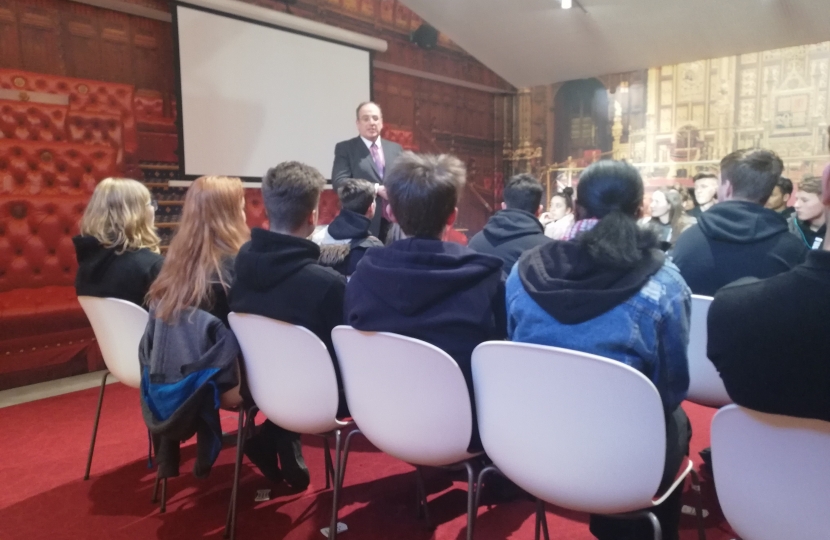 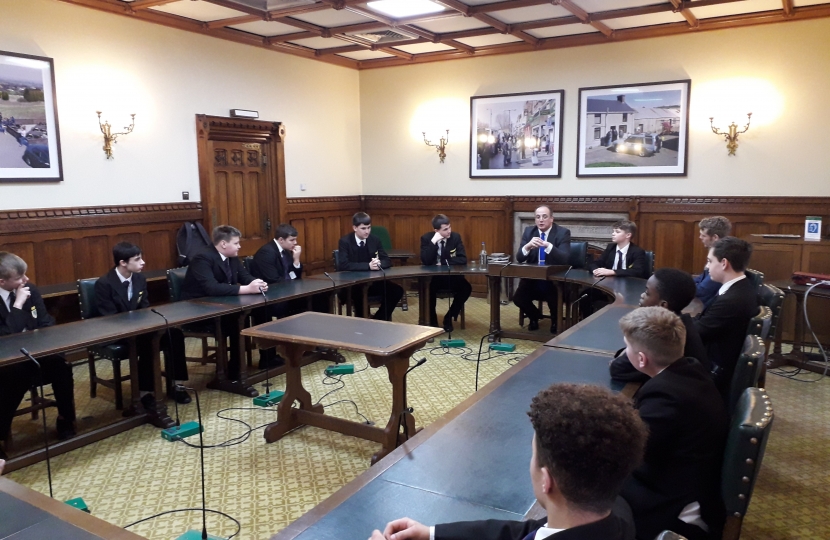 In the past fortnight, I have welcomed two Northampton schools to Parliament to talk to the pupils about my role as MP for Northampton North as well as to answer any questions they had.

On Wednesday, 16th January I welcomed around 20 pupils from Northampton School for Boys to the House of Commons. The pupils were GCSE Citizenship pupils who were keen to learn more about democracy, government and the law in order to aid their studies. Following this, I also visited NSB on Friday, 25th January to talk to Year 12 Politics students and answer the questions that they had. I was delighted to talk to the pupils on both occasions and answer the questions that they had about the law making process in Parliament and my role in this process. The pupils showed a real enthusiasm for the subject and were keen to learn.

I also spoke to Year 12 pupils from Northampton College on Tuesday, 22nd January to answer their questions on a wide range of issues from Brexit to the situation with regards to Northamptonshire County Council (NCC). It was clear from the conversations that the pupils had an interest in politics which is always a positive note as I do encourage more young people to become involved and to learn more about politics. I always enjoy visiting schools in my constituency and it was nice to welcome these young people to the House of Commons.