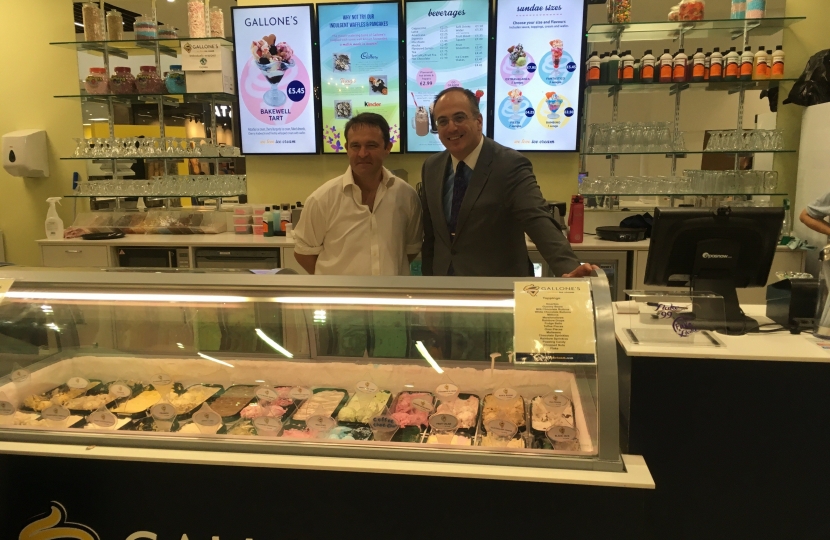 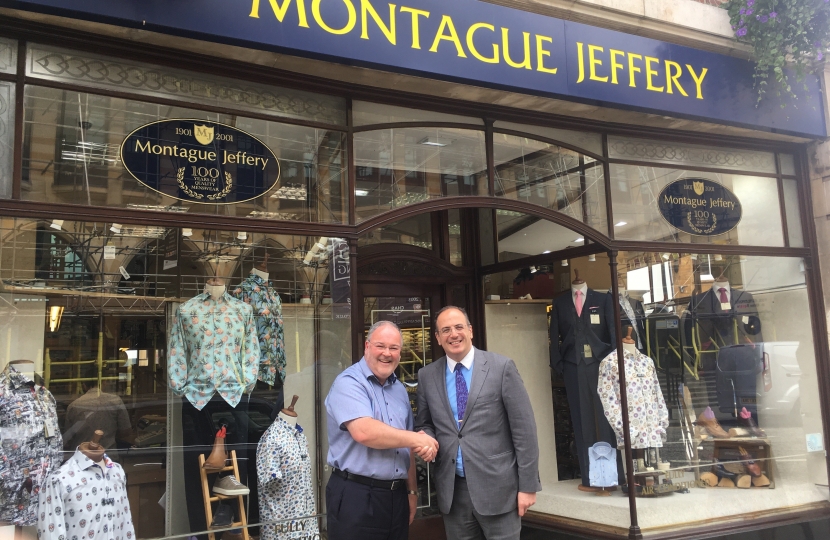 As part of Great British High Street week I visited several retail stores in Northampton. I went to Weston Favell Shopping Centre and St Giles’s Street to meet shopkeepers and show my support for British retail.

The Government recently launched the Great British High Street Awards 2018 which is an initiative designed to support and celebrate high streets across the country. Retail stores are vital to national and local economies; they create jobs and provide character and a sense of community in towns, which is why this Government and I are committed to ensuring that retail continues to thrive in this country.

The General Manager of the Weston Favell Shopping Centre showed me around some of their newly renovated areas and I met local retailers such as Gallone’s Ice Cream. I met Aldo Gallone serving his famous ice cream - and Aldo and I were at school together and I have had the pleasure in the past to have been asked to open another of his branches. I am also very familiar with Weston Favell Shopping Centre, indeed, I remember visiting the Centre some 40 years ago with my mother, soon after it first opened, and I am pleased to see the Centre thriving.

I visit local businesses regularly, listening to their concerns and supporting them as they grow our local economy.