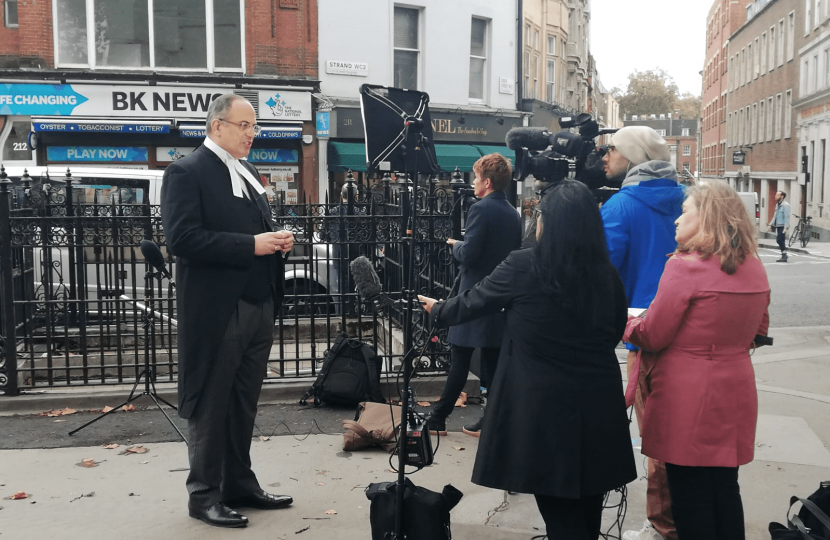 On Wednesday, 14th October, I went to the Court of Appeal in London to personally represent the Crown seeking an increase in the sentencing of Joseph McCann and Reynhard Sinaga.

Part of my role as Her Majesty’s Solicitor-General for England and Wales is to refer to the Court of Appeal for review those sentences passed in any Crown Court which I consider to be “unduly lenient”.

Both of these offenders, who had committed exceptionally serious rape crimes, had previously been sentenced to life imprisonment with a minimum term of 30-years. This means that they cannot even be considered for release until at least 30 years’ imprisonment have passed.

However, given the scale and gravity of their crimes, I considered these life sentences to be unduly lenient. Sinaga was jailed for more than 150 offences against 48 men (over the course of two-and-a-half years), 44 of whom had been raped. McCann was imprisoned for 37 violent and sexual offences on 11 victims, ranging from an 11-year-old boy to a 71-year-old woman.

I was seeking before the Court a sentence of Whole Life imprisonment, so that “Life would mean Life” behind bars. Until now, whole life orders – meaning life imprisonment with no minimum term - have been reserved by judges only for the most serious homicide offenders. The result of my application is pending but if it is successful, these would be the first non-homicide offenders to receive whole life sentences ever in this country.

I am of the view that these crimes, which were cases involving the offending of the utmost gravity and among the most serious sexual offences ever seen in our courts, were so exceptionally serious that the offenders should never be released from prison.

The Court sat with five of the most senior judges in the country, including the Lord Chief Justice of England and Wales, and a decision is expected in the coming weeks.