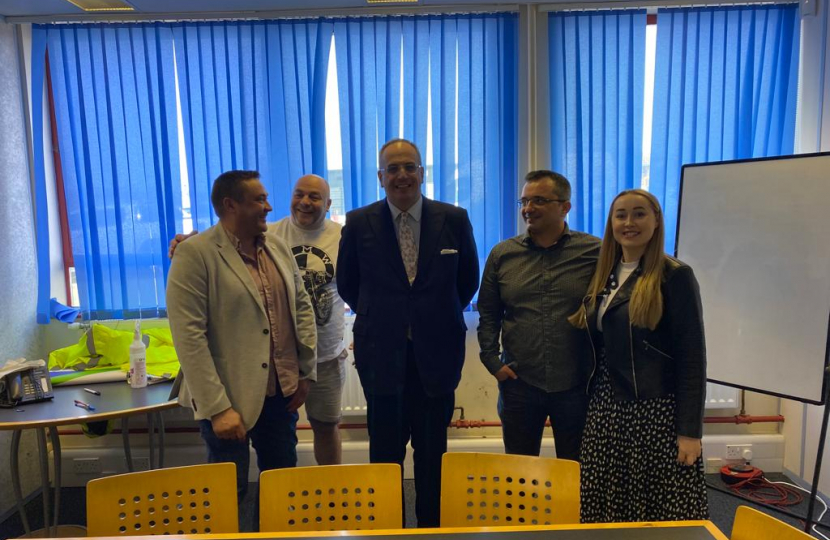 Odeta, Donny, and Slavik – among others - have been sending supplies to Ukraine directly in lorries. These supplies include basic essentials such as sleeping bags, medicine and nappies which have been in short supply due to the appalling invasion.

These volunteers have raised funds locally themselves. With the help and guidance of local logistics company Goodwill Solutions, they established their operation swiftly and have been sending essential supplies.

They have asked for my help in a couple of specific areas, including for example to help them find a meeting place for the Ukrainian refugees coming to Northampton. I put them in touch with a group who helped with a similar request for Afghan refugees in Northampton last year and I hope that will bear fruit in due course.

The efforts in Northampton to support Ukrainian refugees is inspiring. Readers may wish to look at the Northampton Supports Ukraine Facebook group: https://www.facebook.com/groups/1046479392606176

The situation in Ukraine remains extremely serious, and the British Government remains Ukraine’s great ally in their conflict with Russia.

The UK has been a world leader and led the way in support of Ukraine in 1) financial aid, 2) supplying arms, 3) training their military, 4) blocking Russian aviation and 5) sanctions against companies and banks and 6) encouraging the EU to go further with sanctions on the Swift payment system.

When it came to sanctions against individual oligarchs our laws had previously been preventing the necessary speedy response so we rushed through new laws to make it easier to sanction oligarchs. We have now designated hundreds of Russians.

There is always more than can be done- and I hope the work described above that is being done to support Ukrainian refugees will help further.

Recently I met Captain Tim Stone MBA FCMI, an Officer at the Salvation Army in Northampton.

I have always been a great admirer of the work of the Salvation Army and have great respect for their work bringing communities together and helping the most vulnerable in society.