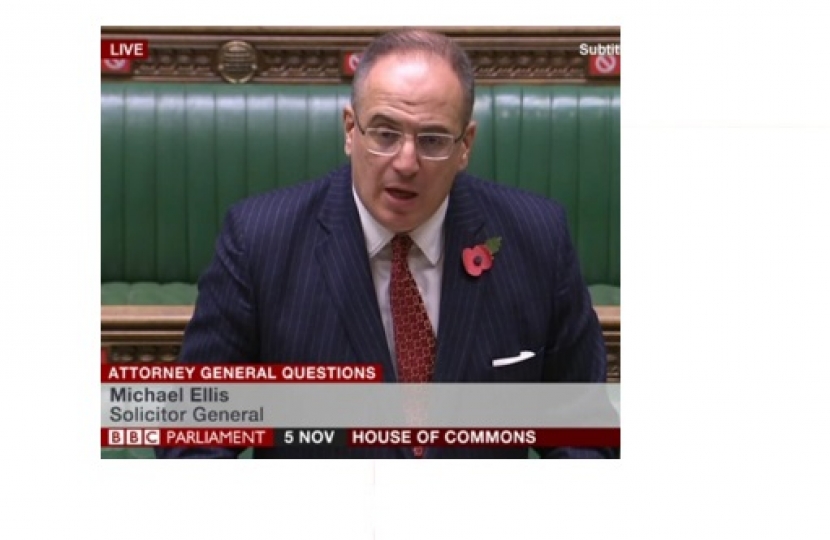 On Thursday, 5th November 2020, I answered questions in the House of Commons from MPs from all parties in my role as Her Majesty’s Solicitor-General for England and Wales.

I responded to questions from MPs, both virtually and physically present in the House of Commons, on a range of issues in what is an important part of our constitutional function.

This included questions on the work that the Attorney General’s Office and the Crown Prosecution Service (CPS) are doing to improve the handling of particularly sensitive cases such as rape.

I also outlined what steps the Attorney General’s Office are taking with the CPS to maintain faith in the criminal justice system to give victims of horrific offences, such as rape, the confidence that everything will be done to bring offenders to justice. That is why we are reviewing the end-to-end response to this heinous crime in consultation with survivors’ groups as well as the victims commissioner – whilst also recruiting more police officers and investing more money into the CPS. Driving up rape prosecutions is an absolute priority and major focus for both me and the Attorney General personally and the Government on a whole.

I also fielded questions on hate crimes. This is an area that in the last 12 months to the end of June this year, saw proportions of convictions for hate crime with a recorded sentence up-lift increase to 78.4% - the highest rate yet. I recently virtually visited the CPS East of England and heard about its work on tackling hate crime. The CPS works closely around the country with members of the community, to ensure that the approach to hate crime prosecutions is sensitive and provides sufficient support to victims. For example, the CPS recently met key groups that represent the Jewish community, including the Community Security Trust, ​to discuss work on antisemitism.