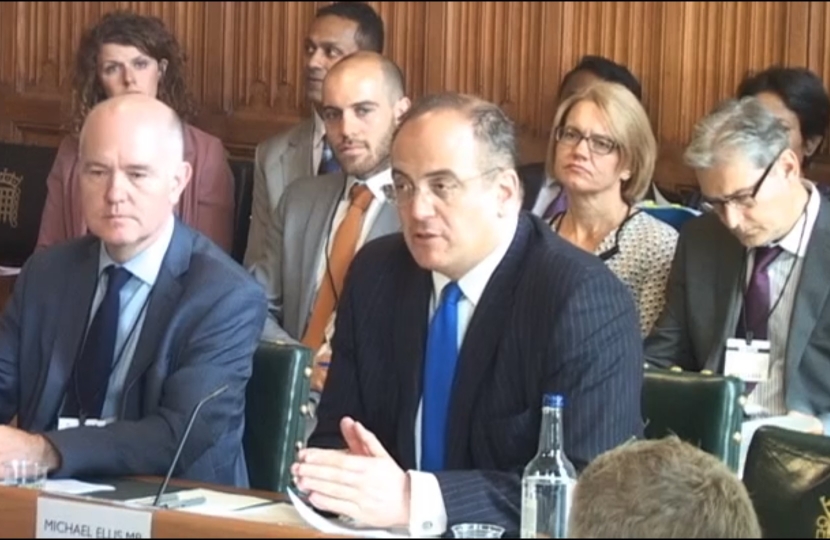 As the Government Minister with responsibility for roads – including pavements and all other walkways – one of the issues that has been raised with me is that of pavement parking.

Vehicles blocking footways are an obvious obstruction to pedestrians, particularly vulnerable road users such as people with disabilities and those with visual impairment, and those pushing prams for example. There is also the issue that over time footpaths need to be repaired due to taking the constant weight of vehicles, and this costs money as well as the loss and injury caused by trips and falls when pavements have been broken.

This is certainly not a new issue for me – as your constituency MP I have acted on some of the concerns of Northampton residents and asked the Council to place signs on some roads to discourage pavement parking.

On Wednesday, 3th July I was called in front of the powerful House of Commons Transport Select Committee to answer over 90 minutes of questions on the issue of pavement parking from cross-party MPs on the Committee. This was my first appearance at the Committee as the Transport Minister. Select Committees are one of the important mechanisms in our parliamentary democracy which allow Parliament to hold Government to account.

As I noted in some detail during the Committee session, dealing with pavement parking is complicated by the fact that banning it would mean there are thousands of roads around the country where people would not be able to park or emergency vehicles would not be able to access, and it would then be extremely expensive for local councils because they would have to obtain orders for each road they needed to exempt. However the powers to tackle the issue are in the hands of local authorities now if they wish to do so, and 37% of local authorities have used existing powers in the last two years (2016-2018) to ban pavement parking on individual roads in their areas.