Michael Answers Debate About Sentencing in the House of Commons 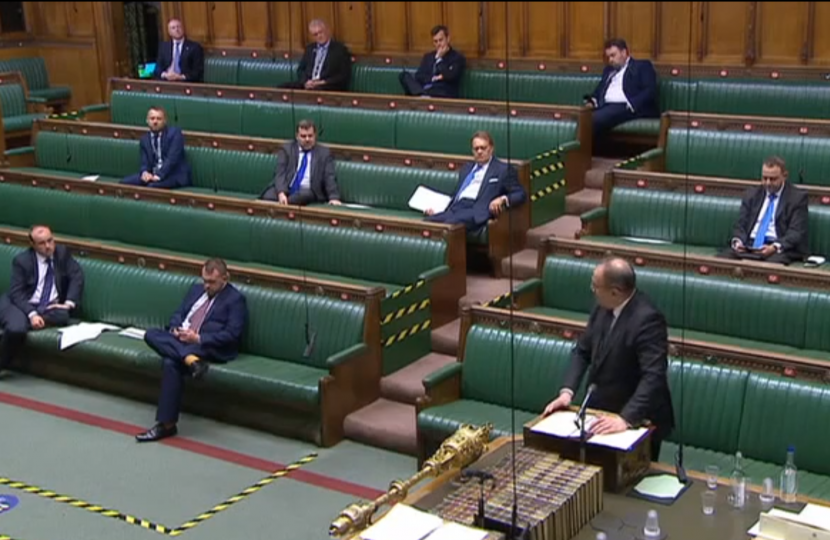 On Monday, 5th October, an ‘adjournment’ debate was selected for the Conservative MP for Ashfield, Lee Anderson, to question me in my capacity as HM Solicitor General, with regard to Unduly Lenient Sentencing.

There is a half-hour adjournment debate at the end of every day's sitting of the House of Commons. They are an opportunity for an individual backbench MP – who applies to the Speaker’s Office to for an Adjournment Debate - to raise any issue they wish and receive a response from the relevant Minister.

The unduly lenient sentence scheme is an important feature of our criminal justice system. The Court of Appeal has the ability, and has had for some 30 years, to intervene in the small but important number of cases where sentencing judges get it wrong. Since its introduction in 1988, the scheme has allowed prosecutors, victims, family members and the general public - in fact, anyone at all - to seek a review by the Law Officers, which means by myself or by the Attorney General, of sentences in the most serious cases that they consider to be unduly lenient.

This Government is fully committed to ensuring that justice is done for victims of crime, and the ULS scheme is an important part of that. I am proud of my involvement with the unduly lenient sentencing scheme and the justice that it brings for victims of some of the most horrific crimes. We can only refer cases that appear to us as Law Officers to be unduly lenient, but we will, and ​do, take the utmost care in that assessment.

Similarly, on Wednesday, 7th October, I appeared in a Westminster Hall to discuss the importance of the Rule of Law,

You can view this debate on the following link (the duration in its entirety is circa 29 minutes, and my speaking part begins at 11:20:50am):