Come on you Saints! 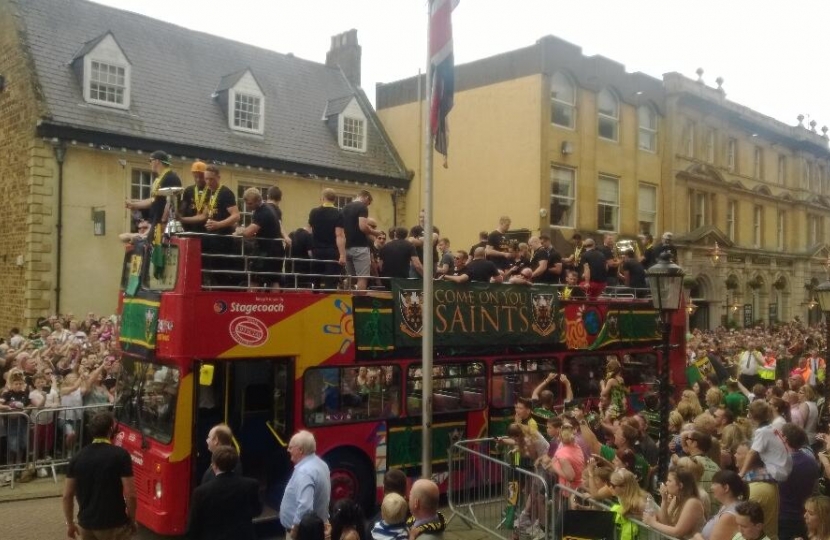 Congratulations to the Northampton Saints Rugby Club who won the Aviva Rugby Premiership final on Saturday 31st. In front of a packed out Twickenham crowd, it seemed as if over half of Northampton made it down to watch the game!

The game itself was a nail biter, with the Saints winning in the last second of extra time.

Congratulations to the players and also to all the fans who took them over the finish line on the day and supported them all season. One thing the players said in the post-match interviews was the effect the crowd and the huge contingent who made it down from Northampton had on them- a real tribute to the fans.

The day after the victory was a special day as Northampton welcomed back the Saints in a Victory Parade through the town. A staggering 30,000 people came out to cheer on the Saints through the town centre and I was delighted to be part of the formal welcoming group at the Guildhall- the atmosphere was great.