Bank of England Invites Michael to see the new £20 Note 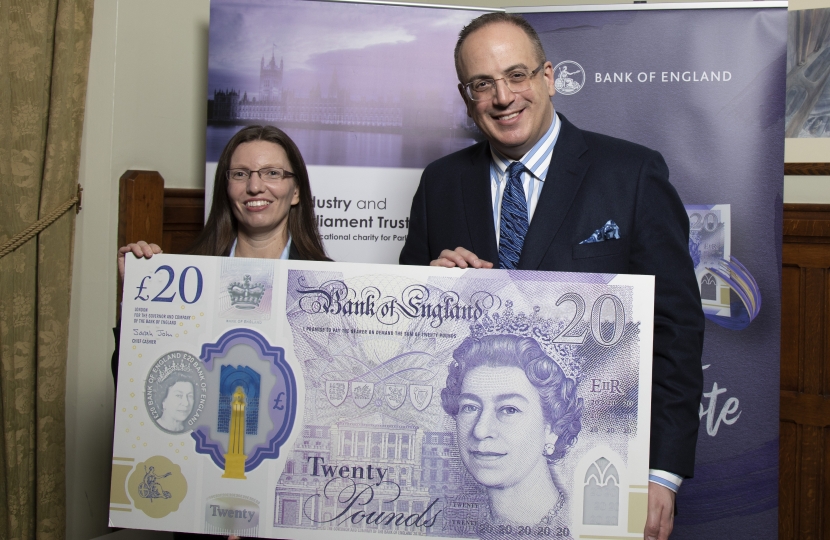 In the last fortnight I was pleased to get an early look at the new £20 note just before it goes into circulation.

I joined the Bank of England’s Chief Cashier, Sarah John, in Parliament on 5 February to find out more about the Bank’s most secure note yet, marking a big step forward in our fight against counterfeiting. It is Sarah whose signature is on the new notes, which feature the famous British artist JMW Turner on the reverse.

On the front, along with the portrait of Her Majesty, the see-through window contains a two-colour foil in gold and blue celebrating Margate, where Turner drew inspiration for over 100 of his paintings. There is also a hologram which changes from the word “Twenty” to “Pounds” when the note is tilted.

The note will enter circulation on Thursday, 20th February 2020, so the public here in Northampton North will begin to see them in the following days and weeks as they are stocked in ATMs and tills. The old paper £20 notes will remain legal tender and should be spent and accepted as usual - they will be gradually withdrawn as they are banked, and notice will be given six months ahead of legal tender status being withdrawn.