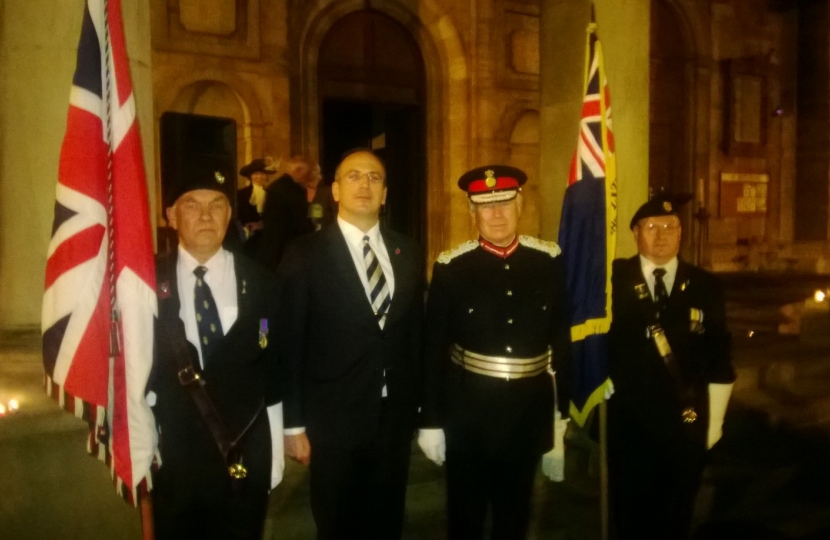 On Sunday I attended All Saints Church for a special service to commemorate the extraordinary sacrifice of vast numbers who gave their lives for their King and this Country in World War One, which began one hundred years ago today. (August 4th)

My own great grandfather was killed in action during the First World War.

The nation will mark this historic event in several ways during the course of this anniversary year.

Along with many other residents I plan to light a candle in honour of the fallen tonight at 10pm on the portico of All Saints Church in the town centre.