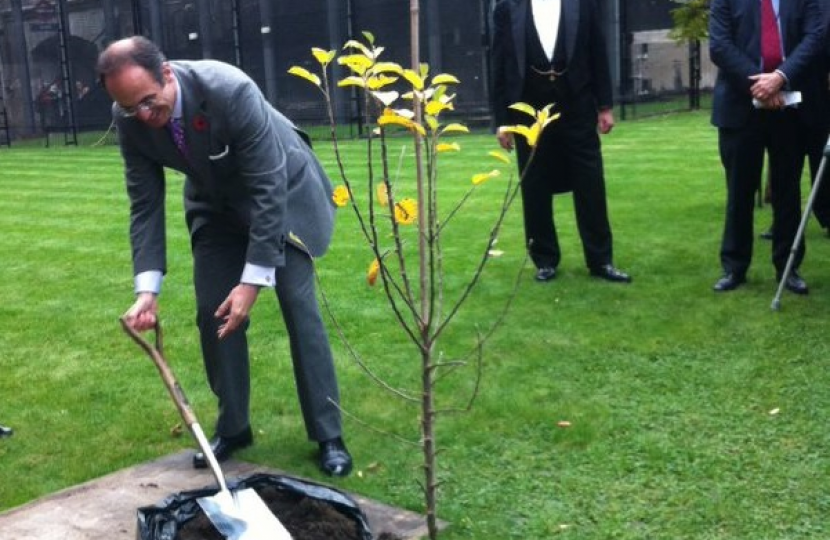 I believe that urgent action is needed to help the environment.

I am proud that this Government is a world leader in addressing this issue.

The Government has gone further than any other with our ambitious targets by putting into legislation a commitment for the UK to reach net zero greenhouse gas emissions by 2050. The UK is the very first major global economy to make such a commitment.

The UK was one of the first countries to ratify the Paris Climate Agreement and the UK is actually decarbonising faster than any other G20 country. Recent figures show that the amount of carbon pollution per person in the UK is now the lowest it has been since the year 1858. We have reduced our emissions by more than 40% from 1990 levels – but in that same time we have grown the economy by over 72%. We can only invest in renewable energies when we have a strong economy to support the investment that is needed.

We have also broken the previous record of the longest continuous period of time without using coal power since before the industrial revolution!

As a result of the leadership of this Government our renewable energy capacity has quadrupled since 2010 and we will continue this commitment by investing more than £2.5 billion in low carbon innovation in the coming years to ensure that the air that we all breathe is safe. We have also developed the world’s largest offshore wind capacity, leading the world in renewable energy production. Overall, more than half of the UK’s electricity was generated from low-carbon sources last year, the highest share ever.

We can be proud of the UK’s leading role in tackling climate change. Of course there is still much more to do and I want to be clear that I am not complacent and this Government fully recognises the scale and urgency of this issue and is working hard to tackle climate change.

Climate change is too broad a challenge for this Government to tackle alone. This is a global problem to which the solution will be a global commitment, but I am proud of the UK’s leadership on this issue.