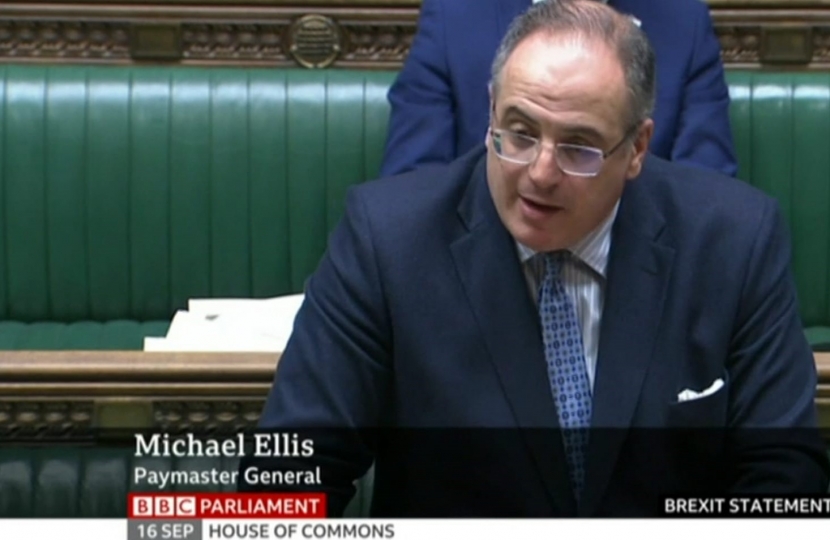 On Thursday, 17th September 2021 the Prime Minister appointed me as Her Majesty’s Paymaster General.

This is my eighth government role since I was first elected as MP for Northampton North in 2010 and it is my sixth ministerial position. It is a huge honour to be given this further responsibility.

I am delighted to accept this challenging and exciting new role which is positioned at the heart of the Cabinet Office and steeped in history.

The office was initially created in 1836 with a strict focus on matters concerning the armed services but has since evolved. In 1848 two more offices were merged into that of Paymaster General: the Paymaster of Exchequer Bills and the Paymaster of the Civil Service, which was followed in 1861 by its Irish counterpart. In 2008, the government announced that a new body, the Governing Banking Service, would incorporate the Office of the Paymaster General.

Nowadays the role has responsibilities that the Prime Minister directs and for me this will include liaising with Lord David Frost on domestic transition readiness, the implementation of the Trade Cooperation Agreement, and international trade issues. Additionally, I will work alongside the Chancellor of the Duchy of Lancaster on civil contingencies issues (including COVID-19), cyber security, joint funds, Official Development Assistance (ODA), global goals and government inquiries.

Other people who have served in the office of HM Paymaster General in history include Thomas Babington Macauley, Edward Strachey and Neville Chamberlain.