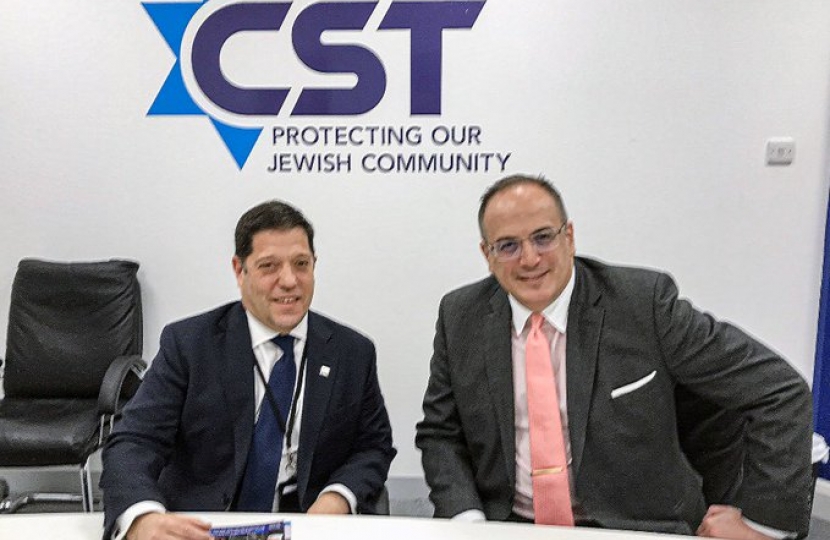 The Community Security Trust (CST) is a British charity started in 1984 and established as a registered charity in 1994 that works to protect the safety and security of our country’s Jewish community.

It was founded on the back of a series of threats to the community, in particular attacks on British Jews and their property by the Far Right. The scourge of anti-Semitism still persists and is also very evident from the Far Left.

I visited the organisation’s headquarters to learn more about the work they do protecting British Jews from anti-Semitism. I also learnt about the charity’s SAFE initiative – a cross-community programme that aims to improve the security of the UK’s faith and minority communities. The CST are so widely-respected for their work and have become so expert in the field that other faith communities consult them for advice and guidance. The CST have also built up very close relations with many police force areas around the country.

CST recently released their 2019 Antisemitic Incidents Report, which shows a record high of 1,805 anti-Semitic incidents last year, a 7% increase from the 1,690 incidents in 2018. The Report is unfortunate proof that we still have a long way to go as a society before we are rid of religious and cultural intolerance.