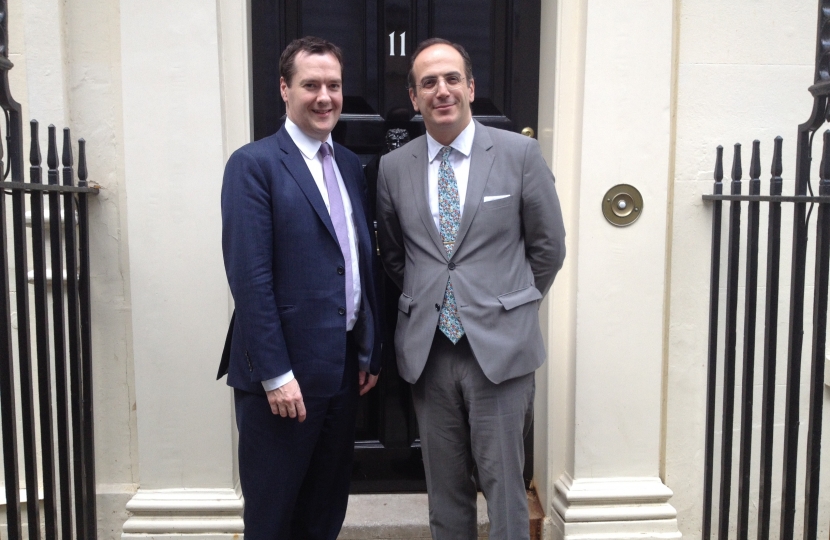 The Chancellor of the Exchequer, George Osborne MP, announced in his annual Budget speech in the House of Commons that my long campaign to get more money for Northampton North has persuaded him- and Northampton can now apply to receive millions of pounds in extra money from HM Treasury in order to combat potholes and improve the state of our roads.

In the Budget speech the Chancellor said:

“My Hon. Friend for Northampton North has been a very persistent campaigner for resources to repair potholes in his constituency and across the country.

This persistence has paid off and I’m making £200 million available which local authorities can bid for and I trust Northampton will be making an application.”

As many residents will know, I have been raising this issue at every opportunity for a long time. Only a couple of weeks ago I handed in a petition to Number 11 Downing Street signed by over 1,200 Northampton North residents. In the last year I have surveyed and leafleted thousands of residents and raised the subject of potholes in meetings and media interviews, during Ministerial visits and in public speeches, as well as privately in Parliament persistently, most recently during a meeting of the 1922 Committee of backbench Conservative MP’s!

The state of many of our roads is simply not acceptable. I have received many emails and letters from residents fed up with the state of local roads and I have been determined to do something about it.

I am now absolutely delighted that after such a long and hard-fought campaign the Government have listened and acted!

To have the campaign publically recognised by the Chancellor himself in his Budget speech is an amazing testament to the efforts of every Resident who has filled out the surveys, posted back the letters, signed and collected petition names and generally just been so supportive of this campaign over the last year- many thanks to everyone!

Potholes are a real scourge in our day to day lives, causing traffic accidents, damage to cars and danger for cyclists, motorcyclists and pedestrians. In virtually every survey done on local issues, potholes consistently feature as a priority local concern and I have been determined and worked hard to support my constituents.

The Government will of course have had many MPs lobbying for projects in towns and cities all over the country and so it is a real testament to all those who campaigned in Northampton that we have stood out from many others enough for George Osborne to allocate the special funds for Northampton North that he announced a few hours ago.

Northamptonshire County Council have a good record of using and allocating their funds sensibly and the next step is now to ensure that they use the extra funds well and go about fixing and improving our roads. This will not happen overnight, but over the coming months Northampton should have much more money than other places in England to deal with this particular problem, thanks to our campaign!

I would just like to again thank all of you who helped me campaign on this issue in one way or another- we won!