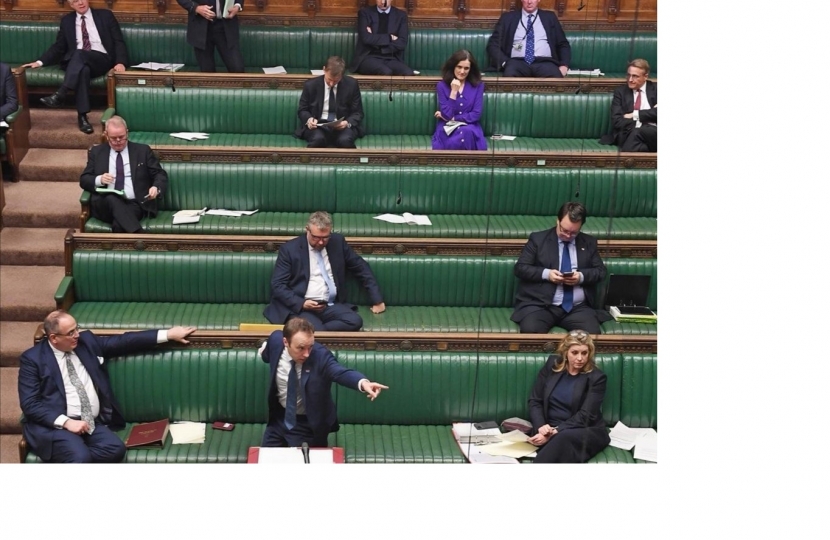 We can and we will defeat this virus, but it requires us all to work together, support those in need where we can, and follow the Government’s guidance to Stay Home, Protect the NHS and Save Lives. The Government is acting on the very best medical and scientific advice, and everyone involved is doing all they can to ensure that our NHS is resilient, and those in need are supported – physically, mentally, and financially.

I have been working in three main ways to try to assist my constituents and the Government in its response to the outbreak.

This strict quarantine period began two weeks ago (Monday 23rd March) but in the weeks before and the days immediately after that shutdown I remained in Westminster whilst Parliament was still sitting and remained up to the closure of Parliament on Wednesday night 25th March. In this period I played a part in supporting the Department of Health in Parliament in its work preparing the Coronavirus Act 2020 for law. I attended meetings with Matt Hancock and others and indeed was on the front bench in the House of Commons with Matt Hancock when the Bill was taking its course through the House on the way to becoming law. (See photo above.)

The Act enacted laws to give public bodies across the UK the tools and powers they need to carry out an effective response to this emergency. Some of the proposed changes deal with easing the burden on frontline NHS and adult social care staff, some help staff by enabling them to work without financial penalty, and some support people and communities in taking care of themselves, their families and loved ones, and their wider community.

The legislation will be time-limited – for 2 years – and not all of these measures will come into force immediately. The Act allows Government to switch on these new powers when they are needed, and, crucially, to switch them off again once they are no longer necessary - based on the advice of Chief Medical Officers of the four UK nations.

The measures in the Coronavirus Act are temporary, proportionate to the threat we face, will only be used when strictly necessary and be in place only for as long as required to respond to the situation.