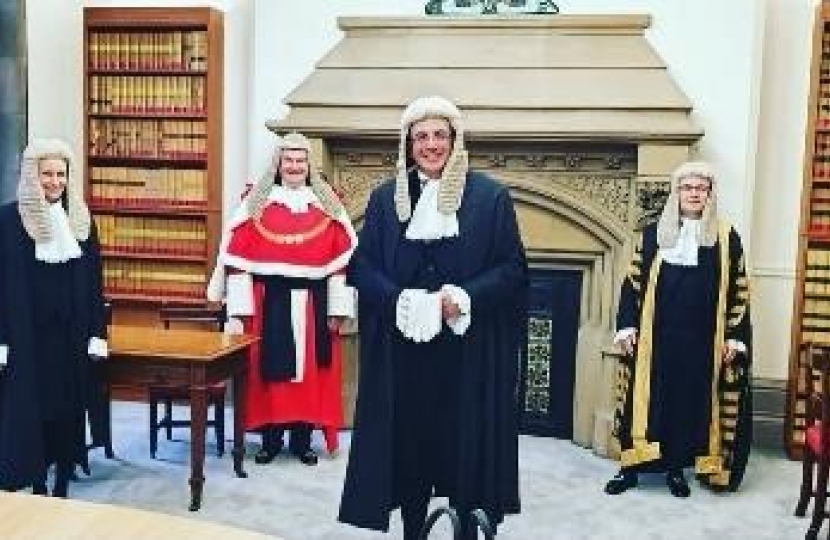 My work as HM Attorney General for England and Wales – a position which has existed since at least the year 1243 - continues together with my varied Parliamentary duties and constituency duties as Member of Parliament for Northampton North.

In recent days I had the honour of chairing the British Overseas Territories Attorneys General Conference, albeit virtually, where we discussed, among other things, the rule of law and administration of justice in the Territories, the impact of COVID on our respective justice systems, and mental health provision. Indeed, I welcomed colleagues from British territories around the world to discuss such issues and great progress was made in that regard.

I also met Derek Sweeting QC, Chair of the Bar Council, where I listened to views expressed from the Bar’s perspective in relation to the courts. Recovery in the courts, and keeping them open safely, remains a top priority for this government and I will continue to work closely with the sector.

I too met some of the 360 new apprentices from across England and Wales who joined the CPS during the pandemic in order to find out more about their work. Despite the challenges of the pandemic, the CPS has continued to create new jobs and in 2020 they had its largest ever intake of apprentices, which is a commendable achievement indeed, particularly in the circumstances.

More broadly, as Attorney General I play an integral part at the heart of our legal system, being the Chief Legal Adviser to the Crown and Government in advising HM Government on legal matters and advising individual government departments on various aspects of the law. I also attend the weekly Cabinet meeting– a group of the most senior ministers in Government, chaired by the Prime Minister, which is used as a forum to make the biggest policy decisions in the country.

The role of Attorney General is an extremely varied one which allows me to get stuck into a number of important issues right across the various Government Departments. In addition to attending Cabinet, I also attend various Cabinet Sub-Committees which are more specific to certain policy areas.

I act as the Government’s most senior legal adviser and there are numerous issues and matters from all Departments of Government that require legal advice from me in order to proceed. Indeed, all pending legislation is checked by me or the Solicitor General to ensure that they are lawful.

(Photo Above: Michael Ellis MP on the day of his formal swearing-in as Attorney-General on 11th March 2021)