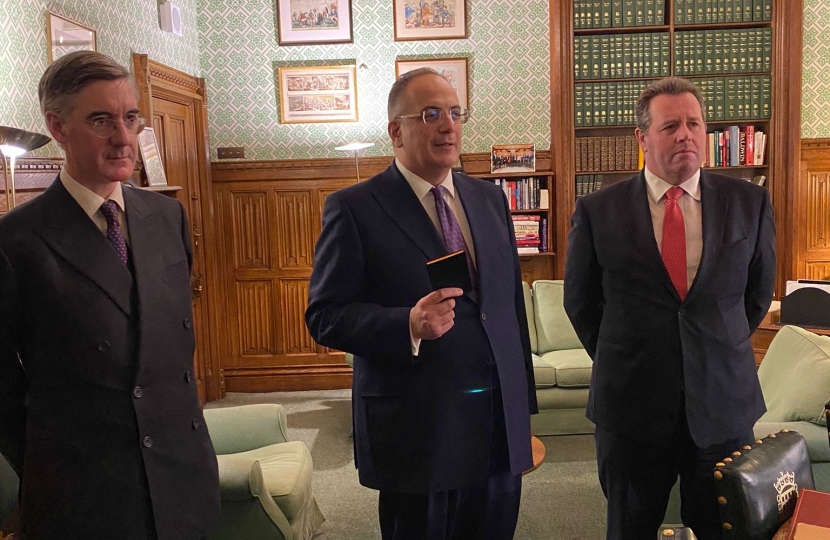 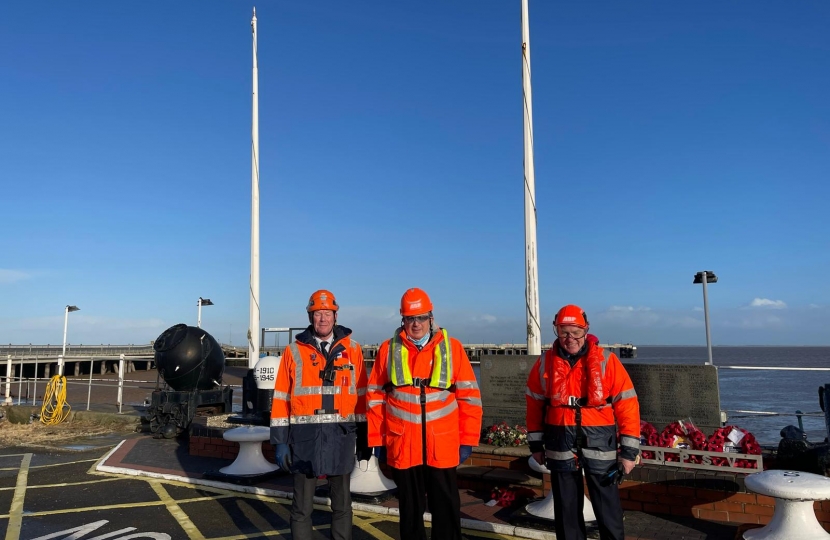 In September of this year the Prime Minister appointed me as Her Majesty’s Paymaster General, which is my eighth government role since I was first elected as MP for Northampton North in 2010 and is my sixth ministerial office.

On Monday, 29th November I was officially sworn-in as Her Majesty’s Paymaster General by the Rt. Hon. Jacob Rees-Mogg MP, who as well as being Leader of the House of Commons is the Lord President of the Privy Council. By the Promissory Oaths Act 1886, the Paymaster General takes the oath of office before the Lord President of the Council and so it was an honour to be sworn in.

In recent weeks, alongside my day-to-day duties such as working on international trade and border issues, and our efforts to tackle Covid-19, I had a very successful visit to the Humber Estuary and the Hull Frontage Flood Defence Improvement Scheme. On this visit, I met local stakeholders and representatives from the Environment Agency to discuss the impact of their flood defences, taking a tour of the defences which includes the famous Hull Tidal Barrier.

Additionally, I have appeared in the House of Commons chamber several times in recent weeks. For instance, I took what is called an “Urgent Question” on the Northern Ireland Protocol and ongoing negotiations with the European Union.

Similarly, I made an appearance in being questioned in the House of Lords by their European Affairs Committee on the similar subject of trade in goods. This appearance was around 51 minutes in length and can be viewed here: https://parliamentlive.tv/event/index/e281d951-f2e4-4ab9-84c5-6907e05ca039?in=14:02:48

I also took more general questions in the House of Commons from Members of Parliament from both sides of the House regarding government and Cabinet Office tasks, and this appearance which is approximately 47 mins in length can be viewed on the following link: https://parliamentlive.tv/event/index/8471562e-d714-43c0-8136-9bf5bc8c0777?in=09:46:08

(Photo Above Left: Michael Ellis MP being sworn-in by Rt Hon Jacob Rees-Mogg MP (Leader of the House of Commons and Lord President of the Council) in the company of Rt Hon Mark Spencer MP (Government Chief Whip).

(Photo Above Right: Michael Ellis MP on a ministerial visit to the Port of Immingham

It is one of my most important duties as MP for Northampton North to lay a wreath each Remembrance Sunday at All Saints Church in Northampton town centre, paying tribute to fallen servicemen and women, and it was a great honour to do so once again this year.