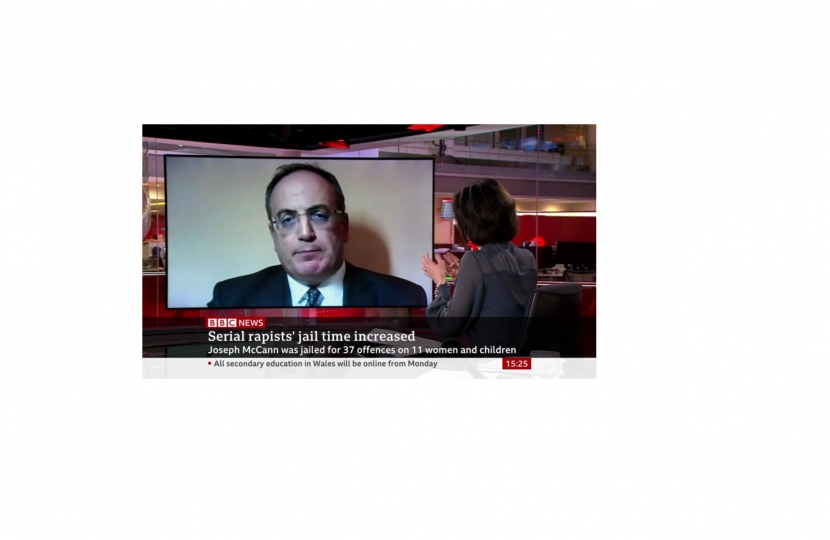 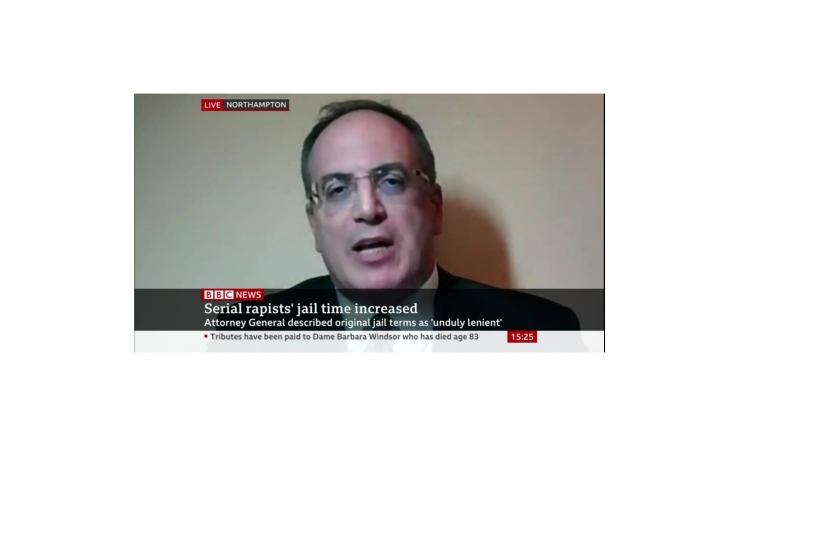 On 14th October 2020, I personally presented a case before the Lord Chief Justice of England and Wales and a panel of five of the country’s most senior judges sitting at the Court of Appeal in London. I made the case for two prolific rapists, Joseph McCann and Reynhard Sinaga to never be released from jail, called a Whole Life sentence. I asked the Court that if they did not agree to pass a whole Life sentence then alternatively their sentences should be increased from the minimum term of 30 years they originally received.

Sinaga was sentenced for 159 offences against 48 young men; McCann was jailed for 37 offences involving women and children. I previously decided to refer these cases to the Court of Appeal under the Unduly Lenient Sentence (ULS) Scheme. I act independently of Government when deciding on Unduly Lenient Sentences, often referred to in the legal community as acting as “Guardian of the Public Interest”.

Whole-life orders have never before been imposed in this country on non-murder cases and I wanted to test whether that convention could be changed with this case. Although the Judges declined to impose Whole Life sentences in this case the ruling of the court is that such sentences cannot be ruled out for non-homicide cases, and this will be important for future cases.

The judgment found the Judges “endorse the line of authority which does not shut the door to a whole life tariff in a case not involving murder”, providing examples where non-homicide crimes may be considered for whole-life sentences, in instances such as when “a bomb in a public place does not achieve the wicked aim of those who planned or planted it” or when “intervention by the authorities prevents an act of mass-murder”.

While the Court held that these sentences do not call for either to receive whole-life tariffs, the judgment made clear that “this is not to minimise the seriousness of their offending but instead to ensure that the most severe sentence in our jurisdiction is reserved, save exceptionally, either for the most serious cases involving loss of life, or when a substantive plan to murder of similar seriousness is interrupted close to fulfilment”.

You can read more about this historic and widely-reported case here: https://www.bbc.co.uk/news/uk-55272437