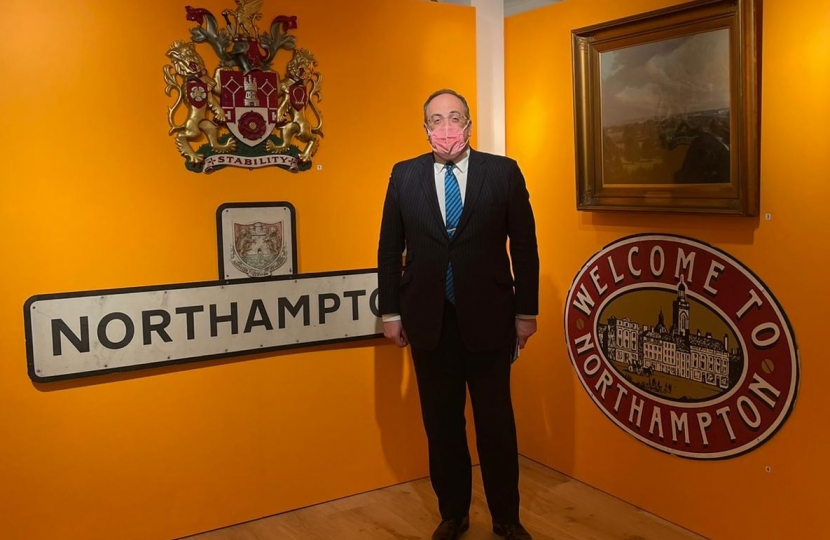 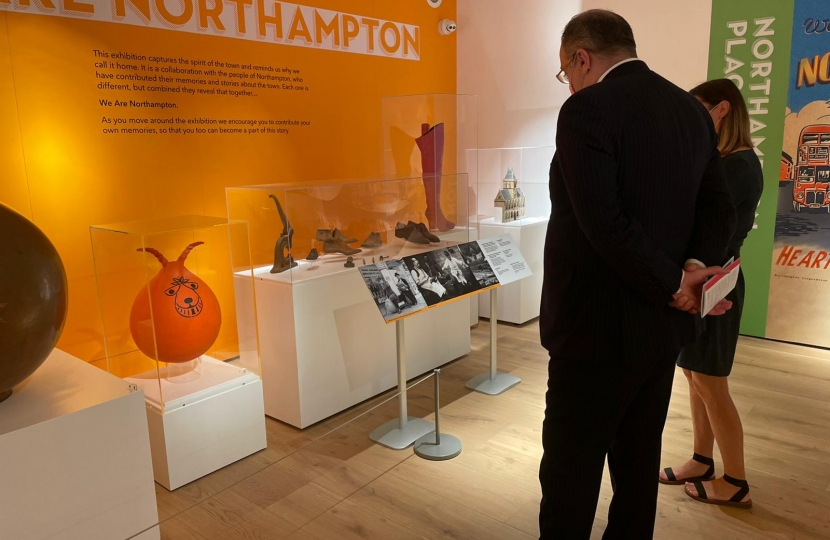 The Northampton Museum and Art Gallery, situated on Guildhall Road, reopened its doors to the public on 10th July following an extensive £6.7 million expansion and redevelopment programme, more than doubling in size.

The museum, which is operated by West Northamptonshire Council, has been serving the people of Northamptonshire for more than 150 years – since 1865. I recall visiting as a child many years ago, as well as more recently.

The modern expansion included the addition of a nine-metre-high glazed extension, which links the original museum to the Old Gaol Block, now home to a new Temporary Exhibitions Gallery, Shoe Gallery and schools activity space.

Northamptonshire’s history and shoe heritage goes all the way back to King John (1166-1216) who bought a pair of shoes in Northampton for 9 pence in the year 1213. Part of the museum’s building itself used to be a gaol which also has a fascinating history.

One of my roles before becoming Attorney-General was as Minister for Arts, Heritage and Tourism. I have always sought to support our wonderful cultural offer in this country, including recently by writing to the Secretary of State for Culture for support during the pandemic. The recently rolled-out third round of the Culture Recovery Fund has added some £300 million of our total £2 billion rescue package to support the industry, which has supported more than 5,000 cultural organisations across the country, including in protecting an estimated 75,000 jobs and almost 100,000 freelancers.