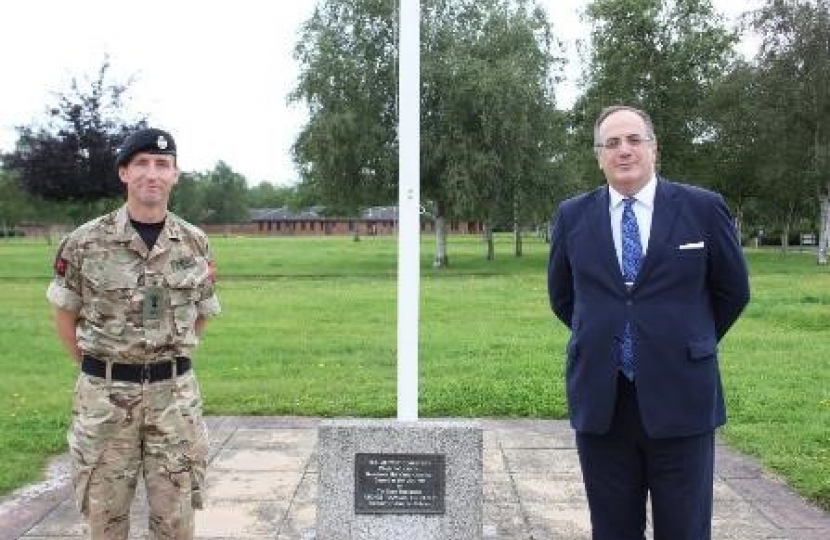 On Thursday, 19th August I was pleased to visit the Military Corrective Training Centre (MCTC) in Colchester, Essex, to hear more about the role it plays in rehabilitating Service personnel. As Attorney General I have a role in the Service Justice system, and courts martial in this country.

The MCTC is an establishment that provides corrective training for those servicemen and women sentenced to periods of detention. It is not a prison and is the only military corrective training centre still in operation for the British Armed Forces, after the closing of MCTC Stonecutters Island in Hong Kong in 1976.

The MCTC operates with the primary function of detaining military personnel, both male and female, of the British Army, Royal Navy and Royal Air Force. Civilians who are subject to the Armed Forces Act can also be detained and rehabilitated there. The Centre can hold up to 264 detainees and plays an important role in rehabilitation so that many can be allowed back into service through education and training facilities. Due to the exemplary standards in this camp, which I saw first-hand on my visit, the reoffending rate for individuals in the MCTC is extremely low and many deploy back into their regiments with a newfound motivation and steely determination.

The grounds of the MCTC were formerly a wartime Prisoner of War Camp. In the Second World War it hosted 6,000 prisoners who included everyone from Nazis to strong pacifists, the camp was well known at the time with the then prisoners creating a hospital and semi-professional theatre productions. You can read more about the MCTC on their website at this address: MCTC | The British Army (mod.uk)