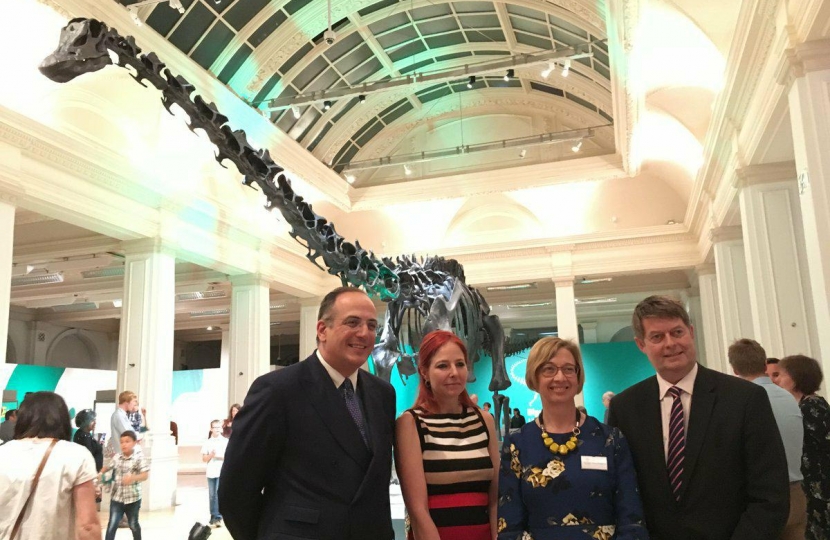 The iconic Dippy the Diplodocus skeleton has been at the Natural History Museum in London since 1905. Now for the first time ever Dippy has been travelling outside of London and will be staying in 8 different museums all over the UK over the next 3 years.

I met up with Dippy on the launch of his second stop at the Birmingham Museum & Art Gallery to see all the positive benefits its presence is bringing to the world of culture in the West Midlands.

Dippy is an internationally recognised showpiece and by bringing him to different parts of the UK it boosts the tourism in that area and brings huge benefits.

For example, during Dippy’s first stop in the Dorset Country Museum, the venue trebled its annual visitor figures in just three months at an impressive 150,000 people. I expect this trend to continue. I fully support projects like this which make national collections more accessible to the general public and ensure that they can be seen by millions of people across the country. It is a priority for me to champion our tourism sector in areas outside of London. To that effect I have also had recent meetings with a view to developing the tourism sector in Northamptonshire.