Michael Talking Transport in the Commons 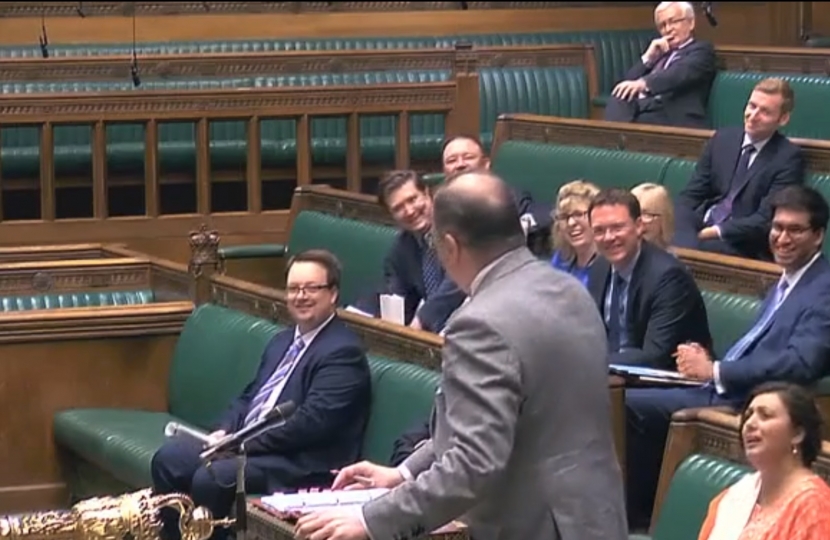 On the morning of Thursday, 18th July I participated in my second Department for Transport Question and Answer session in the House of Commons following my promotion to Minister of State for Transport on 23rd May.

I was asked a lot of questions on a range of subjects by fellow MPs. One of those asking me a question was my neighbouring colleague, Andrew Lewer, the MP for Northampton South – who asked me about the electric vehicle charging infrastructure here in Northampton.

I was pleased to respond that Northampton Borough Council was recently awarded £45,000 by my Department to develop low emission taxi infrastructure and to deliver two rapid charge points. Rapid charge points can fully charge an electric vehicle within 30 minutes. There are 20,000 public charge points around the country and I am pleased that through my Department’s grant schemes and the £400 million charging infrastructure fund, we will see this number rise in the coming years. Electric vehicles are very beneficial to the environment and by building the infrastructure we are helping people make the switch from petrol to electric.

During the session I was also asked about the Blue Badge Scheme in which I was able to point out that we have recently expanded the Scheme to people with hidden disabilities. I was also grilled, by opposition MPs on this Government’s record in promoting cycling. Spending on cycling and walking per head has risen from £3.50 to around £7, and £2 billion will have been spent on measures to promote cycling and walking between 2016 and 2021 alone, including but not limited to:

You can watch the questions asked of me and my answers using the following links: