Michael Takes Questions in the House of Commons 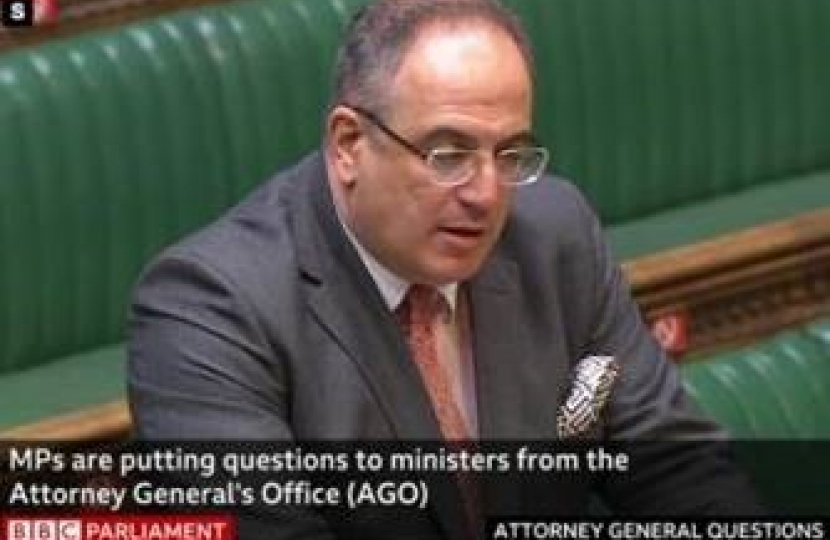 On 1st July, I appeared once again in the House of Commons to take questions from Members of Parliament in my capacity as HM Attorney General, accompanied by the Solicitor General, Lucy Frazer QC MP, who also took questions.

I responded to questions from MPs, both virtually and physically present in the House of Commons, on a range of issues in what is an important part of our constitutional function. This included questions on contempt of court, and also on the work that both the Attorney General’s Office and the Crown Prosecution Service (CPS) are doing to improve the handling of particularly sensitive cases such as domestic abuse and rape.

I informed the House that we have an extremely pressing CPS caseload and a court system that is working very hard to bring justice to all. The Government has spent over a quarter of a billion pounds on pandemic court recovery that has helped to make court buildings safe, including by rolling out new technology for virtual hearings. There has been recruitment of additional staff, and there are ‘Nightingale courts’. The Government is funding the process so as to ensure speedy, safe and equal justice for all.

In my answers in the Commons, I was very happy to draw attention to the fact that I am proud that all criminal justice agencies have worked closely together since the Covid-19 outbreak to ensure that essential justice services continue to be delivered. The CPS and the court service have worked throughout the pandemic to ensure that courts can be run safely and to maximise the flow of cases, while preserving public health. For example, domestic abuse cases in particular have been prioritised in the magistrates’ courts.

I recognise the need to restore the faith of victims of horrific cases such as rape. The recently published rape review outlines the Government’s ambition to ensure that justice is served and more cases progress through the system. The CPS is fully committed to delivering actions under the rape review, and those will result in improved joint working between police and prosecutors to build stronger cases earlier and with less intrusion into victims’ private lives.

The cross-Government rape review was published on 18th June, producing key actions: an initial ambition to return volumes of cases progressing through the system to pre-2016 levels by the end of this Parliament; an ambition to ensure that no victim is left without access to a mobile phone for more than 24 hours; the launching of pathfinder projects to test innovative ways for the police and the CPS to approach rape cases.

During my time as Attorney General over the past six months, and for 18 months before that as Solicitor General, I have frequently spoken of the importance of the Unduly Lenient Sentence (ULS) Scheme.