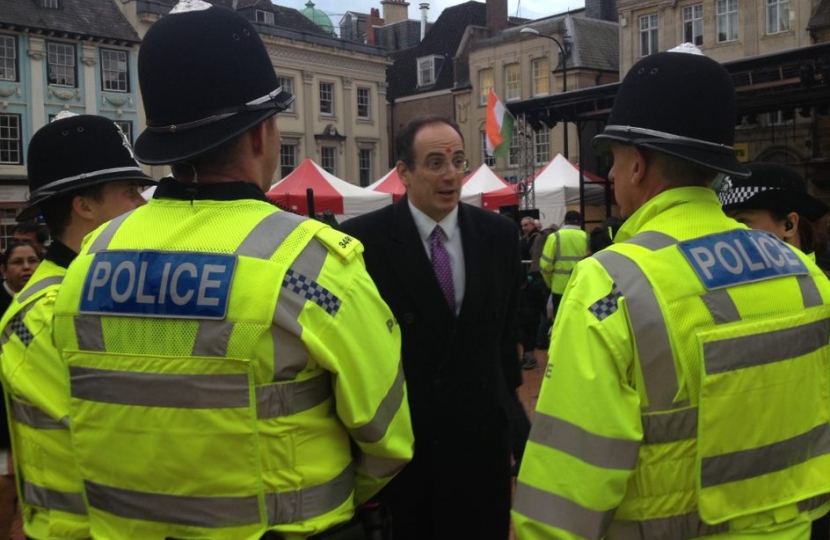 I have always been a supporter of our police officers who do a superb job in difficult circumstances keeping our community safe. When I worked in the criminal justice system in Northampton for 17 years before becoming an MP in 2010 I personally prosecuted cases of assault against police officers. Recently there has been an increase in the amount of violence against police officers in the county and across the country.

As well as high profile cases in which officers were killed in the line of duty such as PC Andrew Harper and PC Keith Palmer, Northamptonshire Police’s Chief Constable has noted a rise in incidents in which officers have suffered significant or even life-changing injuries.

In response to such horrific acts, the Chief Constable announced that Northamptonshire will become the first county in the country to offer a taser to every single officer who wants one. This means that the 1,004 frontline officers in the county (as well as the hundreds more to be added in coming years) will have access to tasers to defend themselves and the public from violent offenders.

I fully support this move, a point I made clear on BBC Radio Northampton which you can listen to here: https://www.bbc.co.uk/sounds/play/p07jb30z (my interview starts at 2:15:07).

Our officers deserve the right to defend themselves if they need to – but it is worth noting that evidence has shown that the mere presence of tasers, or threatening to use them, will quickly calm a situation down and prevent violence. The police do a great job and we should ensure that they are safe whilst they are on duty protecting the public.