Michael Supports the Home Office in Presenting a Bill to Parliament 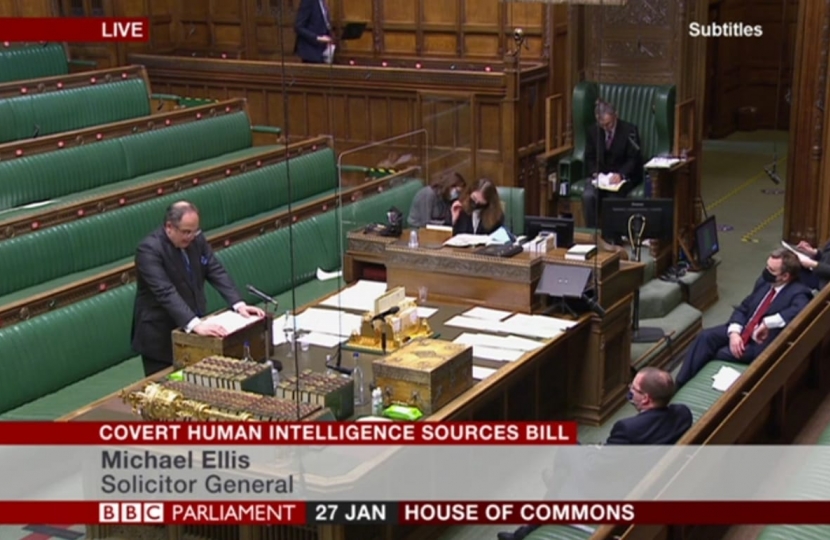 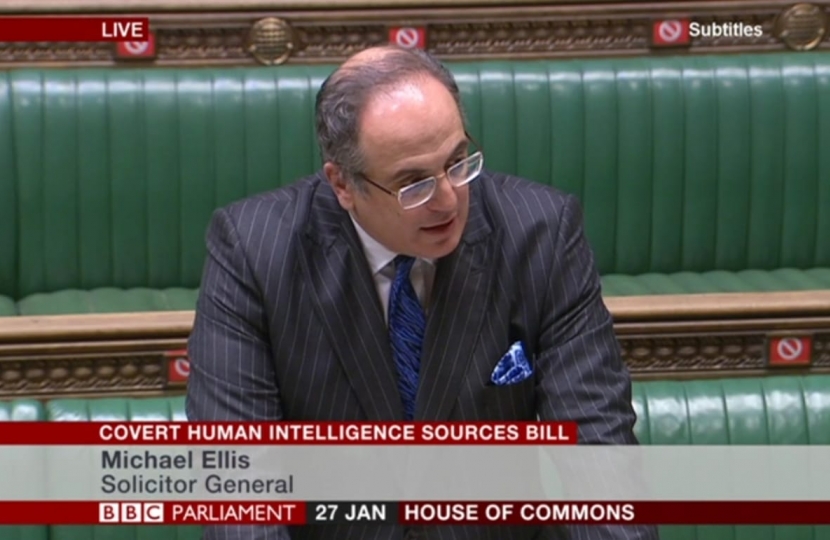 On Wednesday 27th January, I appeared again in the House of Commons to support the Home Office in the debate for a Bill called the Covert Human Intelligence Sources (Criminal Conduct) Bill.

This legislation deals with participation in authorised criminal conduct by covert human intelligence sources (CHIS). These are agents, or undercover officers, who help to secure prosecutions and disruptions by infiltrating criminal and terrorist groups.

I was pleased to be able to inform the House that, since March 2017, MI5 and counter-terrorism police have together thwarted 28 terror attacks.

As the Director General of MI5 said when this Bill was first introduced: “Without the contribution of human agents, be in no doubt, many of these attacks would not have been prevented”.

There is a real threat out there, and it is critical that our partners have the tools they need to stop it and, to reiterate my remarks made in a previous e-newsletter, these covert human intelligence sources (called CHIS for short) are absolutely vital to operations.

We should not underestimate the immense contribution that these people make to protect the public and this country and there is of course robust oversight of the use of those powers. Few other countries in the world have such a strong oversight process. The Bill is designed to protect CHIS in allowing them to better conduct their work and have clear and detailed guidance that they must follow in deciding whether to grant an authorisation for criminal conduct. Indeed, the Investigatory Powers Commissioner (“IPC”) must include statistics on the use of this power, including any errors and areas where improvement has been recommended.

My opening speech starts shortly after the beginning of the video and my closing speech begins at 18:15:38.

Teachers have been working hard in Northampton to establish and maintain online lessons to enable education to continue as efficiently as possible through remote learning programmes.

I wanted to experience some ‘virtual teaching’ at a secondary school in Northampton via MS Teams.