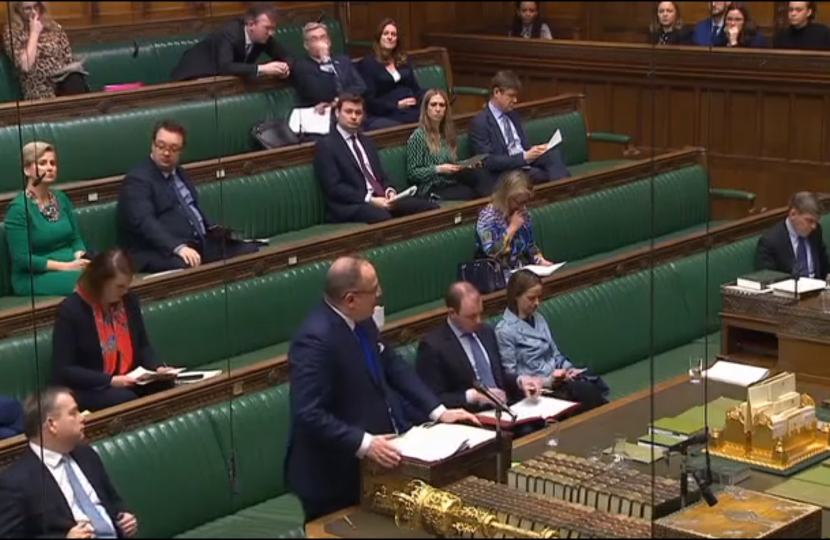 On Thursday, 13th February the Prime Minister conducted a reshuffle of Government to appoint and remove ministers.

I was very honoured to be re-appointed as Her Majesty’s Solicitor General for England and Wales, an historic role I have held now for over six months and one in which I am proud to have been asked to continue to serve.

The reshuffle took place on the morning of Attorney-General’s Question time in the House of Commons, which takes place every five weeks.

The Prime Minister made a change to the position of Attorney-General that morning and because the new Attorney-General was not appointed for a few hours I conducted the entire Question and Answer session alone in the House of Commons. It is very unusual for there to be only one Government minister taking a Questions session in the Chamber and I enjoyed the opportunity.

I responded to questions in the chamber from my colleagues on a range of challenging issues from Female Genital Mutilation to Domestic Violence to Human Rights.

Later that day Suella Braverman MP was appointed as the new Attorney-General. I very much look forward to working with her.