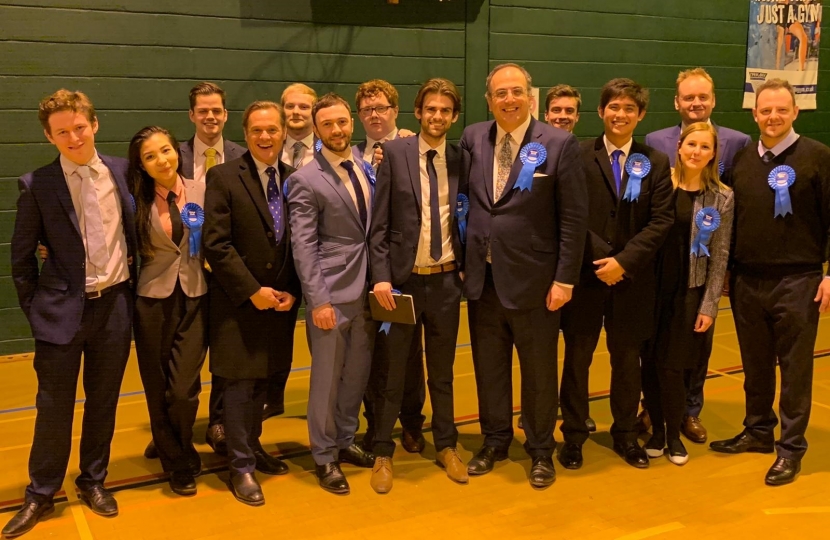 Huge thanks go out to all those who volunteered their time with me in often cold and wet weather- I walked nearly 500 miles around the streets of Northampton North canvassing for views on the doorsteps over more than five weeks during the official election period, and without interruption I canvassed for six hours a day, six days a weeks during this time. Every part of the constituency had a least one visit from me, and I knocked on some doors more than once!

I would like to thank voters who trusted me in record numbers with their vote. I will continue to work very hard, as I have done for the past ten years, to represent everyone in Northampton North, whether they voted for me or not.

Whilst not everybody was at home when I knocked, my team and I managed to knock on many thousands of doors in the constituency over the course of the five weeks. I was very pleased by the reception we received on the doorstep. We found that many residents, even those less inclined to vote for me, were pleased that somebody had canvassed their views. I enjoyed the healthy and robust doorstep debates!

The healthy size of the national Conservative majority means that we have moved on from the uncertainty and division in Parliament we have witnessed over the past several years.

I will continue serving all my constituents, regardless of how they voted, to the best of my ability throughout this Parliament.