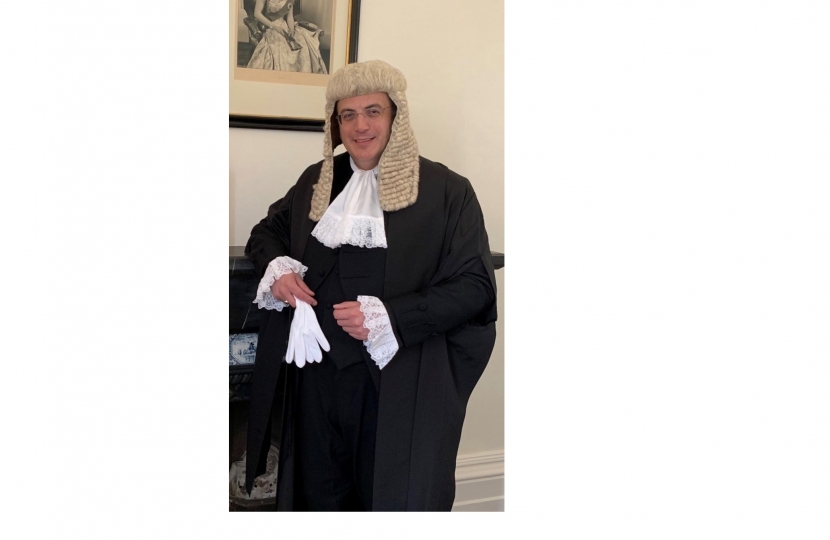 On Tuesday 2nd March the Prime Minister promoted me to Cabinet to serve as Her Majesty’s Attorney General for England and Wales.

As Attorney General, I will play an integral part at the heart of our legal system, being the Chief Legal Adviser to the Crown and Government in advising HM Government on legal matters, and advising individual government departments on various aspects of the law. I have also joined the weekly Cabinet meeting– a group of the most senior ministers in Government, chaired by the Prime Minister which is used as a forum to make the biggest policy decisions in the country.

I am told that I am the first MP for Northampton to have served in the Cabinet for about a hundred years! (The town consisted of one constituency until 1974, and this assessment is based on what is now the majority of the town.)

Margaret Bondfield, a former MP for Northampton between 1923 and 1924 did become a Cabinet Minister in 1929, although she was representing another seat at that time.

The position of Attorney-General has existed since at least the year 1243, when records show a professional attorney was hired to represent the King’s interests in court, with the position first becoming a political role in the year 1461, when the office holder was summoned to the House of Lords to advise the Government on legal matters.

Notable historic holders of the post of course include Spencer Perceval, who was the MP for Northampton from 1796 to 1812.

Indeed, Perceval himself was appointed Attorney General after a similar period of service as Solicitor General, and he remains to this day the only British Prime Minister to have been assassinated. He has been memorialised by way of the names of some streets in Northampton and Northamptonshire, including Spencer Street and Perceval Close and, in 2014, I arranged a memorial brass plaque for Perceval, which was unveiled in St Stephen's Hall at the Houses of Parliament, close to the spot where he was killed.

When my constituents visit Parliament from Northampton, they understandably want to see this spot and are fascinated by this being the location of an assassination of a former MP for the town that I now have the honour to represent, and I very much look forward to welcoming many more of my constituents to Parliament tours once Covid-19 restrictions permit.

As mentioned in the last E-Newsletter, on 2nd March I was promoted to Cabinet by the Prime Minister and made Her Majesty’s Attorney General of England and Wales.