Michael Personally Represents the Public Interest In the Court of Appeal 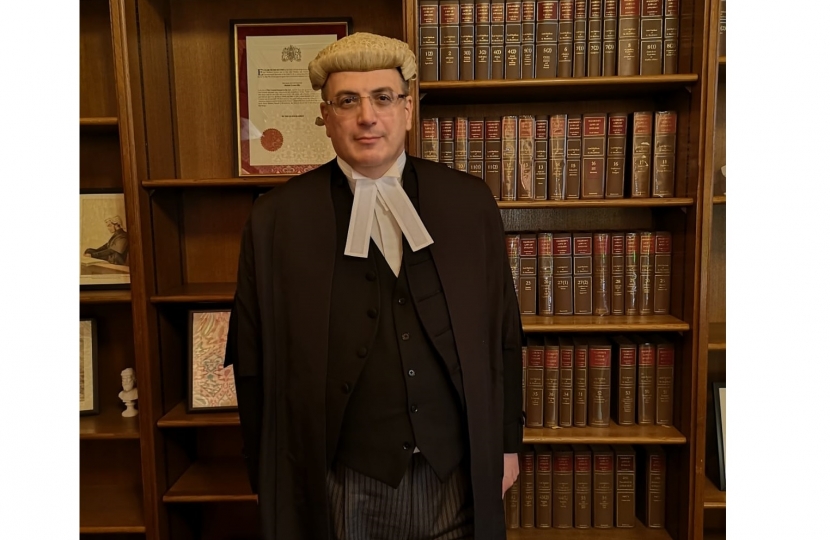 On Friday, 7th May, I personally addressed a bench of three senior Judges at the Court of Appeal in London to make the case for the sentence of an offender called John Berry to be increased.

The Court agreed with my arguments, and substantially increased his previous sentence of 9 years’ imprisonment, up to a custodial sentence of 15 years, plus five years on licence.

An Attorney General only appears personally in the courts very rarely and although I have appeared several times when I was Solicitor General this was my first appearance as Attorney General.

John Berry, who had 13 previous convictions for 40 offences (including five against this case’s victim), had been in a relationship with the victim and, following his release from prison on a separate charge, he started visiting his former partner at her home in Essex.

On 24th July 2017, Berry broke into his partner’s home and proceeded to attack her, strangle her, repeatedly striking her body and head. During the attack she sustained seven separate facial fractures, resulting in a fractured cheek and jawbone. Her spleen was also ruptured. The victim’s injuries were such that were usually found to be as a result of a high-speed car collision.

The judiciary in this country are in my view the best in the world and 99% of sentences are unimpeachable. I strongly felt on this occasion that, having been initially sentenced to nine years, the sentence was unduly lenient. I therefore referred the case under the Unduly Lenient Sentence (ULS) scheme to the Court of Appeal and decided to appear personally at the Court to present the case, underscoring the seriousness with which I view domestic abuse offences.

His actions have caused significant harm to the victim, who I hope will feel some comfort from the Court’s decision. Domestic abuse will not be tolerated within our criminal justice system, and sentences will reflect the gravity of such offences.

Domestic abuse is a truly awful crime which disproportionately affects women, and has lasting effects not just on immediate victims, but also on their families and those around them. The Government is acting to fight against this scourge and, to that end, as you may know, the Chancellor, Rishi Sunak, has announced a £750m package for charities during the pandemic, and the Home Office has launched a new support campaign for domestic abuse services during the coronavirus lockdown, investing an extra £2million to immediately fund helplines and online support. The National Domestic Abuse helpline has seen a 25% increase in calls and online requests since the lockdown and Priti Patel, the Home Secretary, has launched the ‘You Are Not Alone’ initiative, to help those experiencing domestic abuse.

The Government has taken significant victim protection measures since 2010. There is more to do, but the following measures have been taken or are being taken by this government:

More information can be found here: