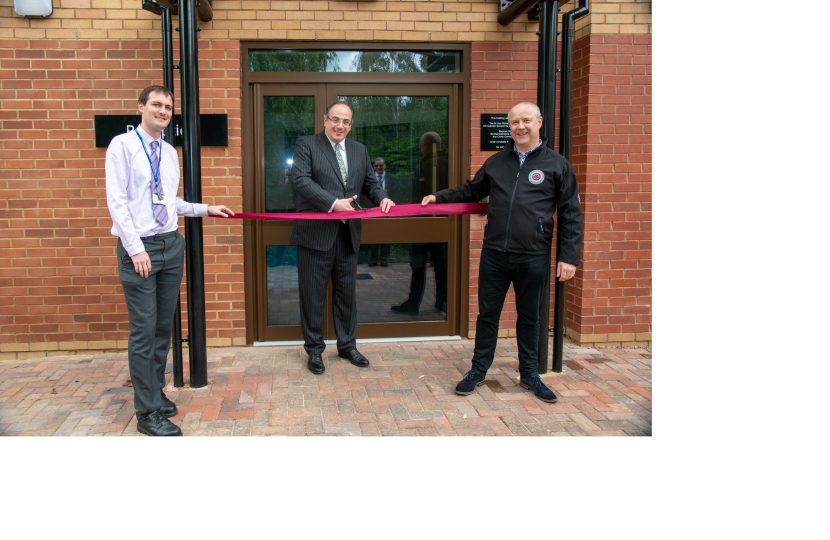 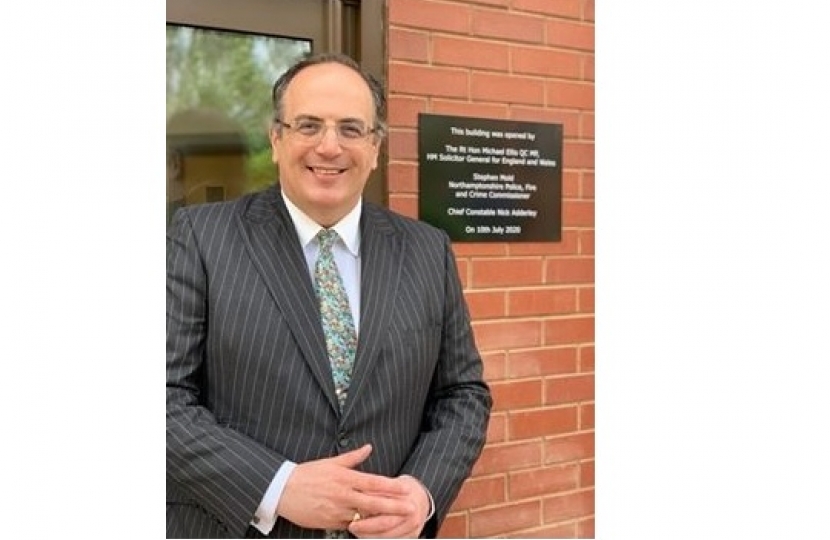 I was delighted to officially open the brand new Northamptonshire Police Training Centre in Pyramid Close, Weston Favell, on Friday 10th July. I unveiled a plaque alongside the Police, Fire and Crime Commissioner, Stephen Mold.

The building has undergone an extensive refurbishment over the last year, creating a modern, bespoke police training facility, designed for the training needs of new police recruits as well as existing officers and staff.

After cutting the ribbon on the new building I was taken on a tour of the premises and met several police recruits who were being trained in handcuffing techniques and other classroom training.

The new facility is an important investment for policing in Northamptonshire and will add much needed capacity that is already supporting the Force’s drive to recruit hundreds more police officers, and will enable our local Force to continue offering quality training in a dedicated learning environment.

Northamptonshire Police is ahead of its target for recruiting additional police officers and I encourage people to take advantage of the opportunities through its ongoing recruitment campaign.

Between October 2019 and March 2020, 68 officers were recruited and, as a result of the national uplift programme – a target which it is on track to meet – they have the funds for 191 new officers in the county by March 2023, which will take the Force to more than 1,500, the largest it has ever been.