Michael at Opening of New Facility at Northampton College 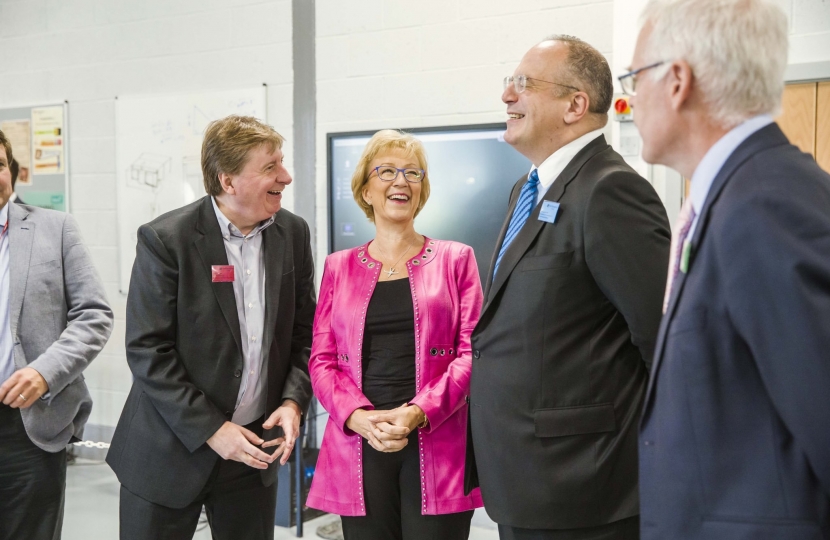 On Friday, 20th September I attended the official opening of Northampton College’s new Advanced Construction Engineering (ACE) Centre in Booth Lane. The impressive new state-of-the-art facility will help address any skills shortages in the construction industry by training the next generation of builders, plumbers and decorators using pioneering new techniques which will equip people with the skills they need for the future.

I was thoroughly impressed by the new £4.75 million building (partly funded by SEMLEP’s Local Growth Fund) which has a revolutionary ‘Digital Lab’ featuring a virtual reality classroom, 3D printers as well as other state of the art new technologies. It is important that our education system can give people the skills that they need to succeed.

The facility was officially opened by my colleague and neighbouring MP, the Secretary of State for Business, Energy and Industrial Strategy Andrea Leadsom MP, in recognition of this Government’s commitment to supporting industry by ensuring that they have skilled staff trained in this country.