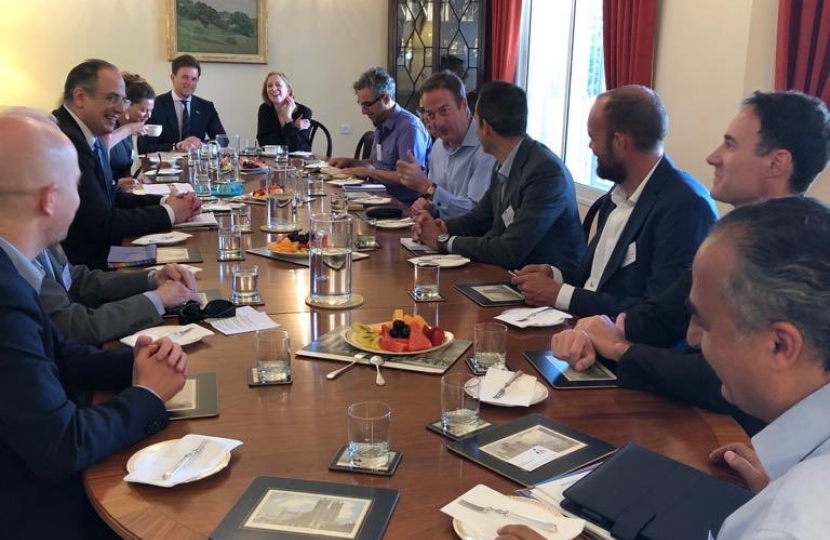 I recently spent a weekend in the Middle East. I was there for about 48 hours on a Saturday and Sunday to officially visit as Culture Minister both the Palestinian Territories and Israel in my then role as the UK’s Minister for Arts, Heritage and Tourism to discuss and strengthen cultural ties between the UK and the Middle East.

On my first day in the region I visited the Palestinian Government and met the Palestinian Minister for Tourism and Antiquities at her offices- we then travelled together to visit the Church of the Nativity in Bethlehem. The city, located in the West Bank, is venerated as the birthplace of Jesus and is a city which relies on tourism for much of its economy. I was pleased to share the UK’s expertise on growing a sustainable tourism sector with the Palestinian Minister. I also visited the historic Khalidi Library - in the beautiful Old City of Jerusalem – which is home to the largest private collection of medieval Arab manuscripts in Jerusalem. There we also discussed the UK’s Cultural Protection Fund, which funds efforts to keep safe and restore key heritage sites in countries where heritage is deemed ‘at risk’.

I then travelled to Israel where I hosted a roundtable discussion with leading figures in the airline and tourism industry organised by Visit Britain in Tel Aviv (pictured right) to discuss promoting travel between the UK and Israel.

Following this I paid my respects to the victims of the Holocaust at the Yad Vashem, the world centre for Holocaust research, documentation, education and commemoration. I had the honour of laying a wreath on behalf of the UK Government to the millions of Jews murdered in the Holocaust.

I was also able to briefly visit the Israel Museum where I saw the ancient Dead Sea Scrolls – Jewish religious manuscripts made around 400 BC and found in a cave in the 1940s. These scrolls have huge significance because they include the second-oldest known surviving manuscripts of works which were later included in the Hebrew Bible canon. At the airport on my way back to London I met the CEO of the El Al airline to discuss boosting tourist numbers.

Whilst in the region I went on the Saturday evening to the Eurovision Song Contest in Tel Aviv to support our UK entrant Michael Rice!