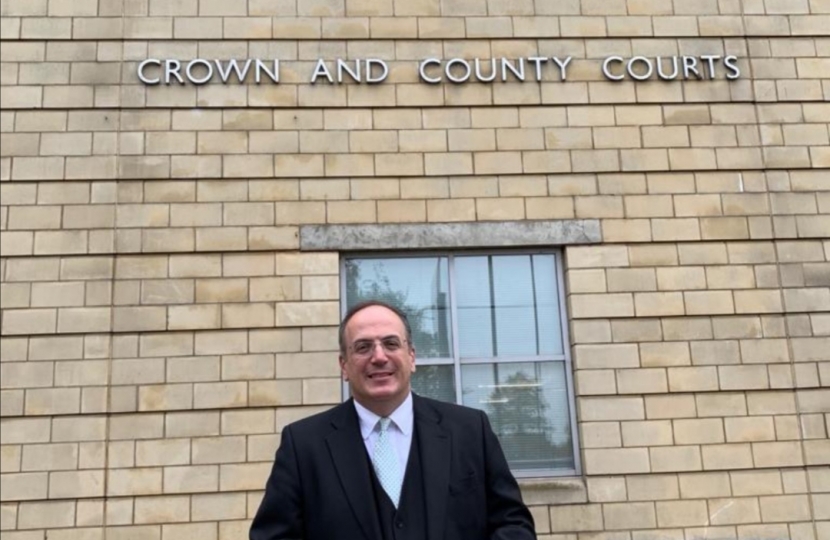 Before I was first elected to Parliament as the MP for Northampton North in 2010 I worked for some 17 years in the criminal justice system in Northampton dealing almost exclusively with legally-aided criminal cases. Since 2010 I ceased my legal practice entirely to concentrate on my political duties, but in recent months, in my role as Her Majesty’s Solicitor General for England and Wales, one of my key functions has been to maintain a strong working relationship with the judiciary in this country.

In the last few weeks, before the General Election was called, I was delighted to visit Northampton Crown Court, a place I spent much of my 17-years as a practising barrister. I was pleased to meet the Resident Judge and many of the staff at the Northampton Crown and County Court building.

Every Crown Court in England and Wales has a ‘Resident Judge’ who is responsible for overseeing its activities, supporting the local Magistrates, and other important legal and ceremonial duties. During my visit I was pleased to meet the gentleman who has been Northampton’s Resident Judge for the past eight years, His Honour Judge Rupert Mayo, whom I know well from my time when we were both barristers more than ten years ago.

Judge Mayo is now concluding his term as Resident Judge, although he will remain a Circuit Judge at Northampton Crown Court. I would like to take this opportunity to thank Judge Mayo for his service during his tenure as the Resident Judge and Honorary Recorder of Northampton following a successful full 8-year tenure.