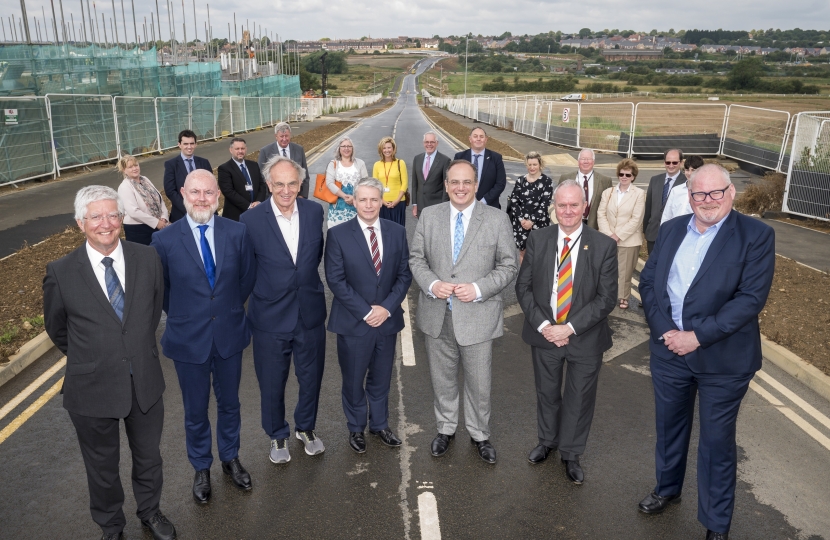 In the last fortnight I had the pleasure as Minister for Transport of launching two key new roads in a new housing development in Wellingborough called Stanton Cross.

The Stanton Cross project is the biggest expansion to Wellingborough in modern times, and the two roads that are now completed (Route 4 and Route 9) have been major infrastructure projects. This is the culmination of 15 years work by the partners of Stanton Cross to make these works come together.

It is always good to see projects here in Northamptonshire such as Stanton Cross fulfil their potential. 3,000 new jobs have been created through this project, as well as 7,500 permanent jobs once the project is permanently completed. On top of this, 3 new schools will be built as well as a doctor’s surgery and new leisure facilities which will enhance close community connections. It is good news when projects to develop transport infrastructure here in Northamptonshire are widely supported and in my role as the Minister of State for Transport it is a particular pleasure to support such projects in Northamptonshire.