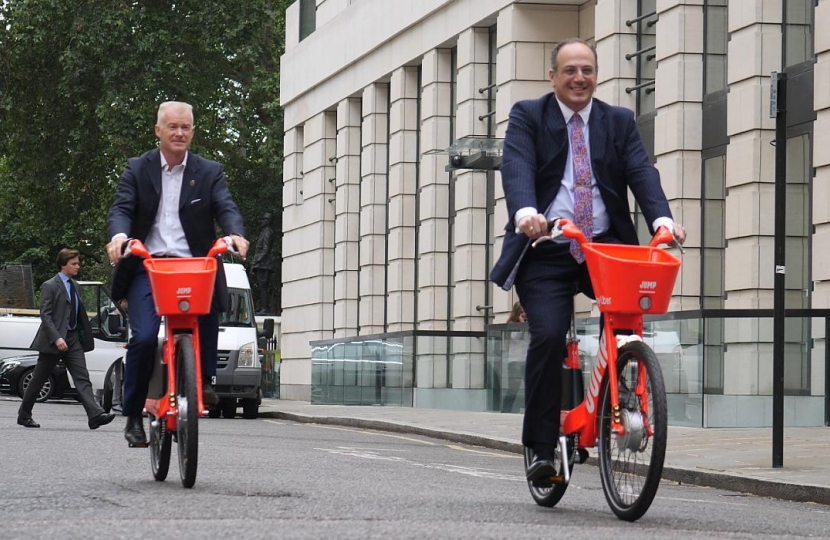 Last week, on my first full official day as the Transport Minister, I launched Bike Week, my first public engagement in my new position.

Bike Week, organised by Cycling UK, is an annual celebration and showcase of cycling in the UK and I was pleased to be a part of Cycling UK’s aim to inspire people up and down the country to give cycling a try.

The annual MP’s bike ride starts the week off. I was pleased to have a quick ride on one of the new E-bikes which give an electric boost making cycling much easier. Events like Bike Week showcase the support for not just cycling, but any form of ‘active travel’ whether that be cycling, walking or even equestrianism.

I want to encourage cycling and all the physical, mental and health benefits this form of travel and exercise brings.

I mentioned in the speech I gave at the launch event hosted by the Dutch Ambassador, that funding for cycling in the UK has doubled from £3.50 to around £7 per head per year over the last four years. This a very encouraging step to encourage more people to choose to cycle to work and on other short journeys, which in turn will reduce pollution.

I had a very busy first week as Transport Minister with multiple events and also took two debates in Parliament on behalf of the Government.