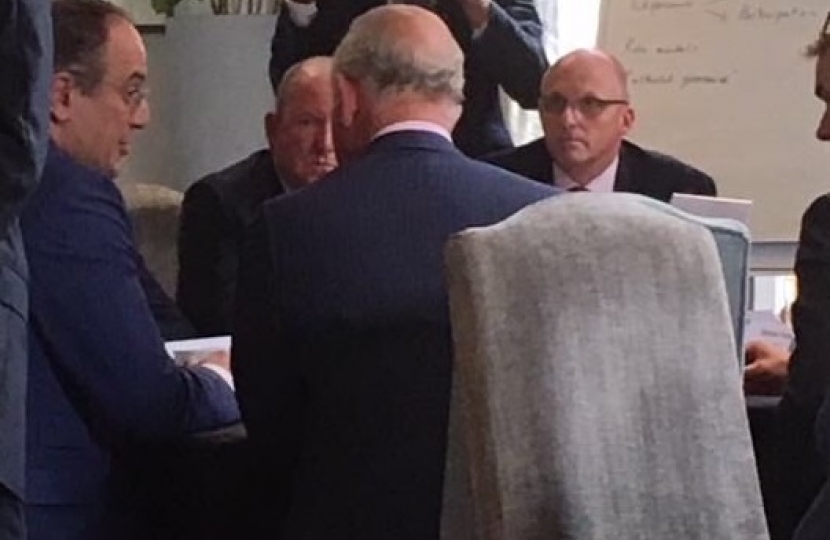 Children and the Arts is an independent charity which was originally set up by HRH The Prince of Wales to work with arts venues across the UK to reach children in communities who would normally not be exposed to such cultural education.

I recently attended their conference, hosted by His Royal Highness The Prince of Wales, at the Royal Albert Hall to discuss the importance of arts education to children and their development.

I recommended Northampton School for Boys (NSB) to be one of only two schools invited to perform at the event.

NSB is a prime example of a school with a strong arts curriculum. I have long supported and worked with NSB to help promote arts, and in particular, dance education as a shining example of excellence. Dance students from NSB performed in front of guests at a reception during the conference and I am also pleased that the students had the chance to personally meet the Prince, as well as Benedict Cumberbatch, Sir Lenny Henry, Lord Andrew Lloyd Webber and more.

The roundtable discussion about the arts and finding ways in which we can increase the awareness of how important arts education is to young people was opened by the Chief Executive of the Charity and former BBC arts correspondent, Rosie Millard.

Arts education develops a young person’s confidence which is crucial for later life, and helps broaden horizons and open up new opportunities for young people.

The next day I also met HRH The Prince Harry, Duke of Sussex at a charity performance of classical music. The Duke and Duchess of Sussex were in attendance for a performance of The Armed Man, which is a mass by Welsh composer Karl Jenkins. The piece, commissioned by the Royal Armouries Museum, is dedicated to the victims of the Kosovo Crisis.

The core schools budget is at its highest ever and more children than ever are now in good or outstanding schools as a result. I will continue to support our schools in Northampton North so that even more of our children will benefit.

Our Commitment to Education