Michael Helps Win up to £25 Million for Northampton 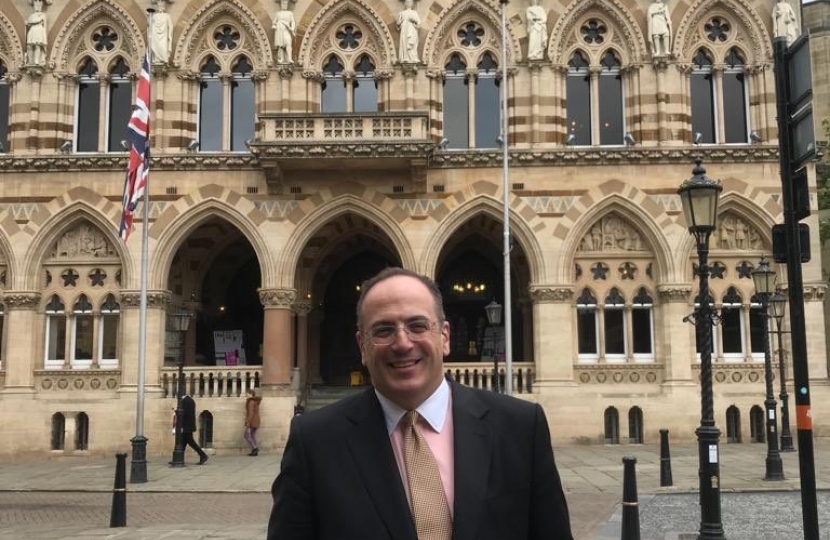 I was delighted it was announced recently that Northampton will be receiving up to £25 million in investment from the Government’s new ‘Towns Fund’.

There are 865 businesses in our town that have been established since 2010, and the economy is continuing to grow and outpace our European neighbours, but it is true everywhere that high street shops are coming under immense pressure from growing national trends such as online shopping. The Towns Fund was set up because cities have often benefitted from investment where towns have missed out.

I have been publicly and privately lobbying the Government for investment into Northampton and I am delighted that up to £25 million has now been allocated to our town.

The money from the Towns Fund can be used towards improving transport, infrastructure and broadband connectivity in Northampton in order to boost the local economy and create more jobs. This £25 million from the Towns Fund is in addition to the £265 million of Local Growth Fund which has been awarded to South East Midlands Local Enterprise Partnership, supporting for Northampton’s Enterprise Zone, the £7 million ‘Smart Commuting’ and ‘Smart Corridors’ projects, the £6.3 million regeneration of the Vulcan Ironworks and the £2.25 million into the new Advanced Engineering Centre at Northampton College.

I am delighted that the Government is investing significantly in Northampton and I will continue to support the town in its bids to win government grants wherever possible.

I gave an interview on BBC Radio Northampton about this subject which can be played back here: https://www.bbc.co.uk/sounds/play/p07khbqm (from 2:12:10 onwards).