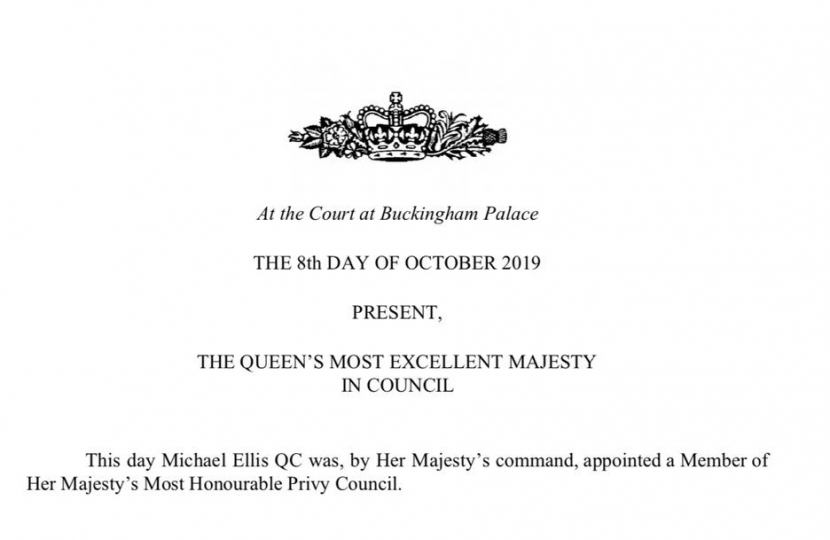 I have been hugely honoured in the last two weeks to be told that I have been appointed to Her Majesty’s Privy Council.

The Privy Council is a small group of mostly senior politicians and senior judges who advise The Queen on important matters of state. The appointment was made on the recommendation of the then-outgoing Prime Minister Theresa May MP just before she left office. I am due to take the Oath in front of The Queen at Buckingham Palace next month.

I was officially appointed to the Privy Council on Tuesday, 8th October and I will be presented to Her Majesty for the official swearing-in ceremony in November.