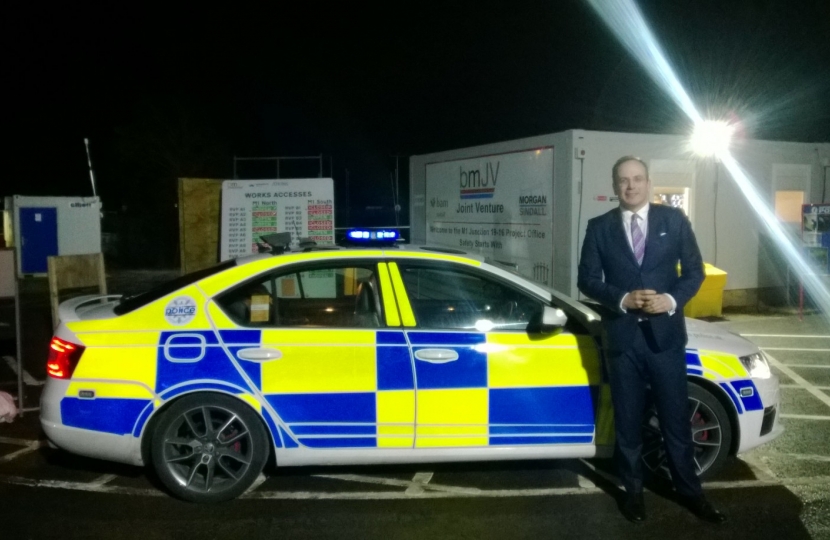 As someone who worked in criminal justice for over 17 years here in Northampton before becoming an MP, I am passionate about fighting crime and ensuring that criminals serve a fair sentence subject to their crimes.

That is why I am pleased to be supporting the Government’s plans for “smarter sentencing” to crack down on crime by ensuring dangerous criminals are kept in prison for longer.

Reforms recently published by the Government in a White Paper (https://www.gov.uk/government/publications/a-smarter-approach-to-sentencing) include proposals for:

These measures will ensure criminals will get the prison time they deserve whilst also improving efforts to boost rehabilitation and cut reoffending and as a local MP and as Solicitor General I support them.

In my role as Solicitor General, I work closely with the Attorney General, Home Secretary and Justice Secretary to help combat crime and I have a proud track record of undertaking work to ensure that criminals receive a fair punishment – not least through the Unduly Lenient Scheme in which I refer sentences I believe to be so low that they are unlawful to be increased.

Many of these cases that I refer as Unduly Lenient are subsequently increased, such as recently where I helped increase the sentence for someone whose dangerous driving caused the death of one person (https://www.gov.uk/government/news/essex-woman-has-her-sentence-increased-for-dangerous-driving-conviction) as well as increasing a sentence for someone who stalked and harassed a victim (https://www.gov.uk/government/news/london-stalker-has-his-sentence-increased).

Over 100,000 people have applied to join the police as part of the campaign to recruit 20,000 new officers. Indeed, Northamptonshire Police have been given the funds to recruit more police officers, taking our local police to more than 1,500 by March 2023, the largest it has ever been. You can read more about joining the Police here: http://joiningthepolice.co.uk.

I am pleased to report that Northamptonshire County Council has cancelled its plan to turn Billing Road into a one-way system. They did so a couple of hours before I was due to do an interview on BBC Radio Northampton criticising it.