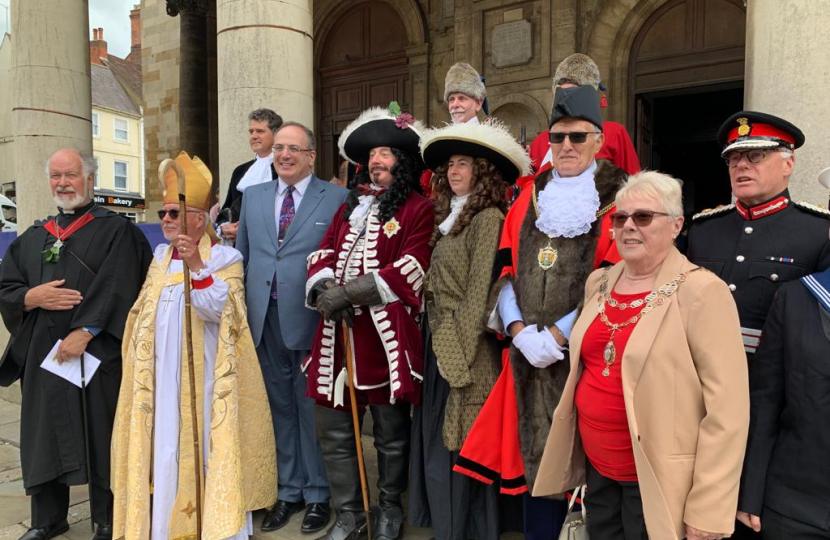 I recently attended the Oak Apple Day service at All Saints Church in Northampton. Oak Apple Day was once an important holiday in this country’s calendar, particularly between 1660 and 1859; however very few areas still celebrate this day after it was removed from the bank holiday calendar over 150 years ago!

Oak Apple Day commemorates the return of King Charles II who famously hid in an oak tree to escape from Cromwell’s forces. Nine years later, in 1660, the Monarchy was restored.

Northampton is one of the few areas that still celebrates the Oak Apple Day service, which was once traditionally celebrated all over England by the wearing of sprigs of oak leaves or oak apples. We have carried on this tradition in our town to remember the generosity of King Charles II, who donated over 1,000 tons of timber to reconstruct All Saints’ Church and halved the town’s taxes for seven years following the Great Fire of Northampton in 1675.

The Oak Apple Day service is held in All Saints Church in Northampton, and features the attendance of the Lord Lieutenant and Mayor of Northampton. Every year, a wreath of Oak Leaves is placed on the statue of King Charles II, which is situated above the portico of the Church, after a celebration of Holy Communion in the Anglican tradition

I recently had the pleasure of attending an event in Parliament hosted by Marks & Spencer and The Prince’s Trust charity on promoting the provision of apprenticeships to young people.