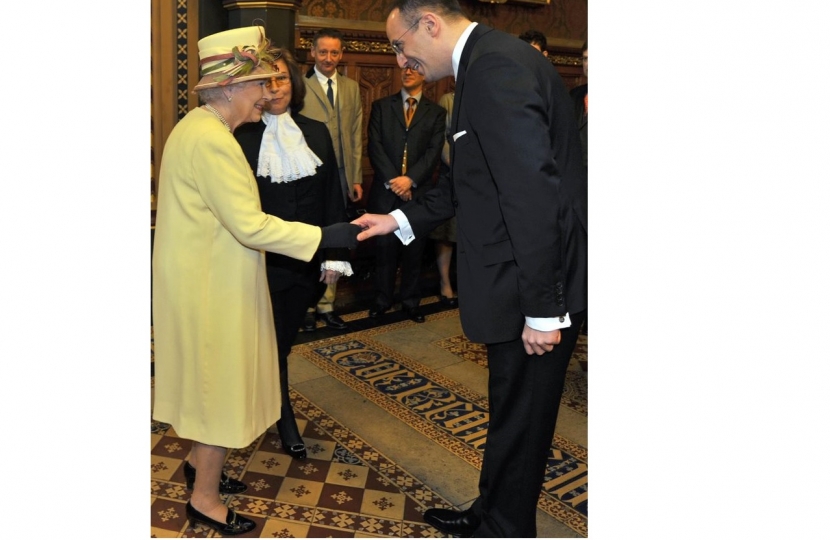 In just over a year from now Her Majesty The Queen will mark the 70th Anniversary of Her Accession to the Throne and the occasion will be marked with national celebrations. I am honoured to have been asked by the Speakers of the House of Commons and House of Lords to take the lead in arranging a gift from Parliament to The Queen to mark her Platinum Jubilee.

A Platinum Jubilee has never been achieved by a Sovereign before in the long history of this country. In 1977, to mark Her Majesty’s Silver Jubilee, a fountain was installed outside Westminster Hall and, similarly, to mark the Golden Jubilee in 2002, a sundial was erected on the parliamentary estate.

Some ten years ago I established and led an all-party parliamentary group to mark Her Majesty’s Diamond Jubilee. I fundraised contributions from hundreds of members of both the House of Commons and House of Lords to install a stained-glass window of Her Majesty’s Coat of Arms in Westminster Hall – opposite to her father’s coat of arms, which are on display in a window commemorating those who died in the Second World War - where I oversaw its organisation and delivery. Prior to Covid, up to one million people a year were visiting Parliament and could see these objects.

Similarly this time, no public funds will be used to fund the Platinum Jubilee Gift, and I will be seeking voluntary donations exclusively from MPs and Peers at their own discretion.

What the Gift will be has not yet been decided, but a cross-party Project Board has been established to consider the matter.