Michael Answers Questions in the Commons 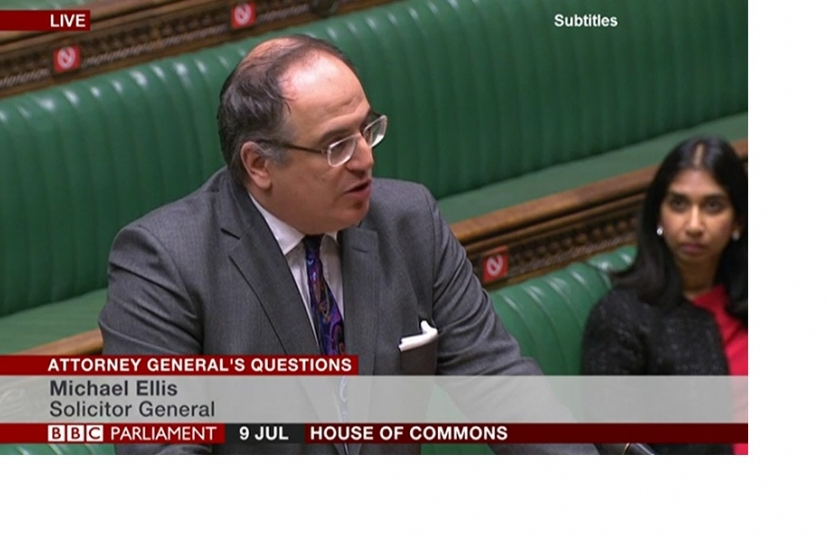 Again in the last fortnight I answered questions in the House of Commons from MPs from all parties in my role as Her Majesty’s Solicitor-General for England and Wales.

I responded to questions from MPs, both virtually and physically present in the House of Commons, on various matters including on domestic abuse and Contempt of Court.

The subject of domestic abuse was raised in the week where a ground-breaking bill was passed in Parliament, to protect the lives of domestic abuse victims around the UK and will go further in punishing perpetrators and ensure sufficient support is available for victims.

In this regard, I stressed how the Government take cases of domestic abuse extremely seriously and it is a priority issue in this country’s criminal justice system. I also took the opportunity to commend the superb work of HRH The Duchess of Cornwall – who is supporting people who have been victims of domestic abuse.

A lot of money is being directed to this area, including a number of funding packages recently announced such as £16.6 million to go to 75 local authority projects for delivery of support to victims of domestic abuse and their children; £3.1 million from the Home Office for specialist services for children who have been directly and indirectly affected; and £28 million for a package of support for survivors of domestic abuse and their children from a fund from the Chancellor of the Exchequer.

With regard to contempt of court, I was asked about comments on social media and I emphasised the importance that members of the public do not publish prejudicial material online that seriously prejudices criminal proceedings because doing so can have serious consequences. Reporting by the press or on social media may sometimes present a risk of prejudice to criminal proceedings. It is therefore important to protect due process and the right to a fair trial. In my role as Guardian of the Public Interest, I can and have issued Media Advisory Notices.

One can read more about contempt of court and the role the Attorney-General office plays in the process here: https://www.gov.uk/guidance/types-of-contempt-of-court-dealt-with-by-the-attorney-generals-office

Slides which my office have made in respect of this matter, which can help in educating citizens in respect of the link between fair trial and social media, can be found here: https://assets.publishing.service.gov.uk/government/uploads/system/uploads/attachment_data/file/530199/Prejudice_and_social_media_-_infographic.pdf