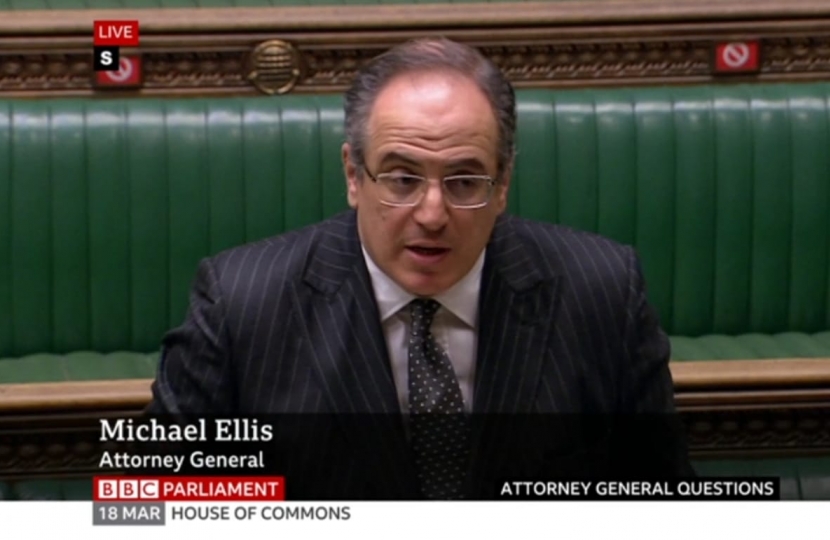 During my 19-month tenure as Solicitor General, I appeared before the House on several occasions to take questions from Parliamentarians at the regularly-held Attorney General Questions, but on Thursday 18th March, I appeared for the first time as Attorney General.

Amongst many other topics, I was asked about the matter of the UK’s handling of asylum seekers, and I emphasised how the Government’s position is that refugees should claim asylum in the first safe country in which they find themselves. That is an international understanding, and European countries through which they have travelled to board boats to the UK, such as France, are of course manifestly safe. I also mentioned that the UK has resettled nearly 30,000 people in the past five years, which is more than any other country in Europe. An MP complained about the use of former military barracks to temporarily house asylum seekers, and I replied that, if Her Majesty’s Armed Forces personnel can be housed appropriately in those barracks, there is no reason why anyone else cannot be.

I also addressed the matter of a backlog in the criminal justice system, which has accumulated, in large part, as a consequence of this pandemic. I outlined that more staff have been hired by the CPS thanks to an £85 million cash injection in 2019 from the Government and another £23 million last year from the Government also to support the CPS.