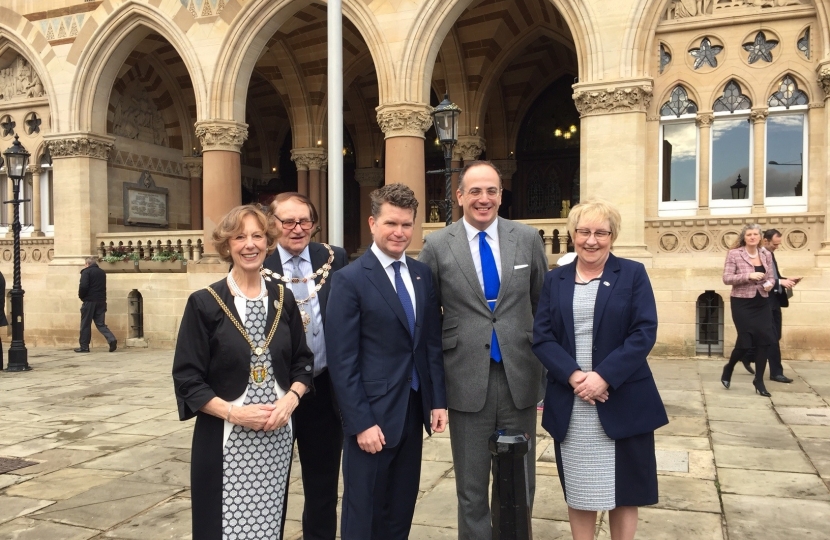 It is part of my job as MP for Northampton North to showcase Northampton to others so that we continue to develop our town and see it progress with investment and support. To that end, over the years I have invited many politicians and government ministers to Northampton, and the Prime Minister, the Home Secretary, the Chancellor of the Exchequer and Boris Johnson have all come to our town at my invitation and as my guest, just to name a few.

On 8th January I brought another very special guest to Northampton: His Excellency the United States Ambassador to the United Kingdom, Matthew Barzun. Ambassador Barzun was head of President Obama’s campaign fundraising team at the last Presidential Election and has been in charge of the safety and well-being of US citizens in the UK for the past three years, as one of the most senior diplomats in the world.

While in Northampton, Ambassador Barzun – a close friend of President Barack Obama - spoke to over 100 sixth form students at Kingsthorpe College about US-UK relations. He told me afterwards that he was very impressed with the school and really enjoyed his visit there.

After the Ambassador’s visit to Kingsthorpe College, I brought him to our impressive Guildhall in the centre of town, where I introduced him to a number of local business leaders and civic dignitaries. Northampton’s links with the USA are long-standing and important – the Ambassador was told that one of the ancestors of George Washington, the first US President, was Mayor of Northampton in 1532 and 1545.

Promoting Northampton in this way, and showing that our town is a good place for American businesses to invest and develop, helps to bring growth and investment to the town. I believe that one of the most useful things I can do as an MP is bring jobs and investment to the constituency, and I will continue working hard to provide a strong voice for Northampton in the country, and in the world!